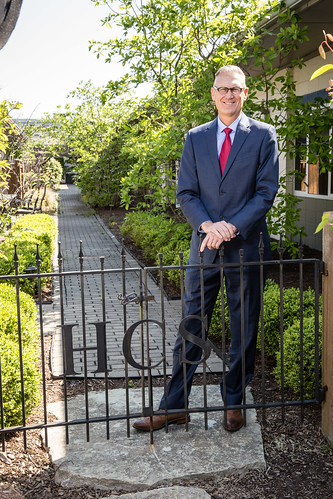 Jeff Freeman, a Fishers resident in Windermere, serves as a passionate leader at Heritage Christian School (HCS). He left the corporate world to become the CEO of HCS where he continues to offer his business expertise while perpetuating the pursuit of academic excellence within a Christian framework.

As a CPA with former experience at Ernst & Young, he humbly refers to himself as a “recovering accountant.” He worked as an insurance executive at Indiana Farm Bureau Insurance for over 20 years with multiple roles, including Controller, Chief Financial Officer, Senior Vice President of mergers/acquisitions and strategic planning and lastly, Chief Operation Officer of Countryway Insurance Company, one of IFBI’s acquisitions.

“It’s amazing that God can use ordinary people for His purposes when you’re called and obedient. I was approaching 50 when I felt like God wanted to use me in some form of ministry,” says Freeman who has been on staff with HCS for six years.

In actuality, he’s been familiar with the culture of HCS for many more years, considering his three children have all graduated from HCS and his wife Kim Freeman (fourth grade teacher) has taught there for 25 years.

In summer of 2010, he became the athletic director, merging his management ability and athletic experience from when he played basketball at Anderson University.

Two years later, the head of school position opened, and he became the CEO, using his skillset of leadership experience.

“Jeff has played an instrumental role in leading Heritage through difficult economic times,” says Brenda Klingerman, HCS Elementary School Principal and Academic Director. “He has worked hard to build trust within the community and leads with integrity and an intentional focus on the mission of the school. There is no doubt that God has directed Jeff’s path to lead our school for just this time in our history. God’s hand is all over it!”

The value proposition of Heritage is made up of three benefits: college prep academics, Christian discipleship and robust extracurricular activities.

“We integrate the Bible into everything we do, even outside of the classroom with sports, fine arts and clubs such as robotics,” says Freeman.

Recently, HCS participated in the Purdue University STEM go-karting race at the International Motor Speedway. Coincidentally, senior Christian Daly, who drove the go-kart, is a brother to Conor Daly, the driver of the #18 car in the Indy 500 race.

HCS is celebrating its 50th anniversary as it graduated its 50th class in May. The senior class, made up of 110 students, progressed from the largest K-12 Christian school in the state.

“Heritage is unique in how it offers a big-school approach and opportunities in a small-school environment,” says Freeman who is excited about raising the bar by pursuing excellence in every area.

This small-school culture allows students to be involved in multiple activities simultaneously. For instance, a student may meet the demands of playing basketball and yet star in the high school play. Furthermore, students receive personalized attention infused with a biblical worldview that’s graciously instilled in them from all faculty, coaches and administration.

Freeman has a knack of making valuable connections. He not only unites his business sense with the academic and discipleship domains but also works hard to relate to everyone he encounters.

“Heritage Christian is blessed to have Jeff Freeman as our CEO. He leads with great competence, character and humility,” says Doug Waltz, HCS Chairman of the Board of Directors. “That combination is powerful in any setting but especially so in the educational arena. He does an incredible job of connecting with the Board, our faculty and staff, parents, alumni and students. His willingness to invest in those relationships and remain true to our mission has been a key enabler of our success in delivering excellence in Christian education.”

Freeman closes on this doctrine, “At HCS, we’re preparing the path for the next 50 years, cultivating the next generation of leaders to impact the world for Christ.” 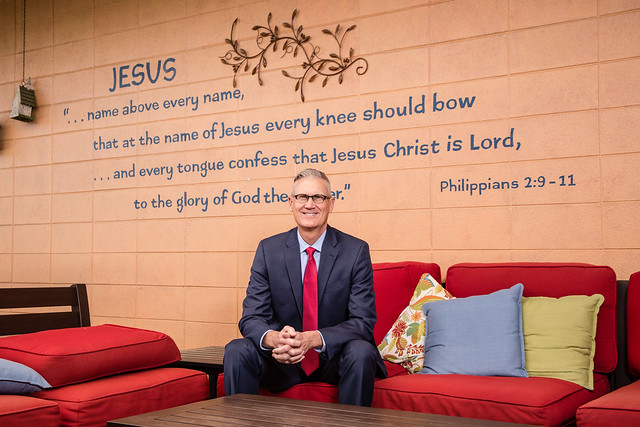