Geist
Home›Indiana›Geist›John Mellencamp is Rocking His Best Yet

John Mellencamp is Rocking His Best Yet 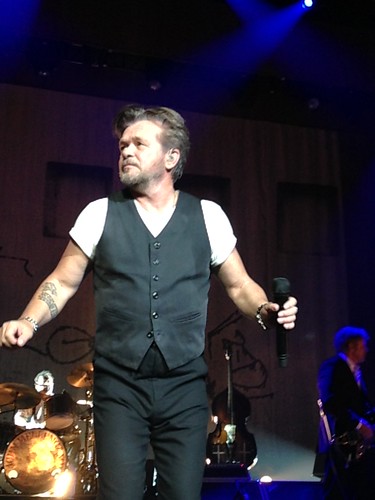 Indiana’s own John Mellencamp makes a stop in Indy August 4 at Bankers Life Fieldhouse, the last stop on his “Plain Spoken” tour.

And if you have a chance to go, you won’t regret it!

How do I know? Well, when Mellencamp hits the stage for his show, it will be my fourth Mellencamp concert up close and personal this year! So “up close” that by the third show, his long time guitarist, Mike Wanchic, said, “Hi Pat” in the middle of a song on stage!

My husband, John, has been a huge fan since his high school days in Connersville, Indiana, when they tried to recruit an up-and-coming “Johnny Cougar” to play at their prom.

School officials didn’t know much about the rocker at the time and didn’t want to pay his asking price of $5,000 for one night.

Four months later, the album “American Fool” was released, and well, the rest is history!

We saw him on the first leg of his tour in Cleveland and then in Chicago, but by the time he reached Grand Rapids, Michigan, Mellencamp had perfected his 115 minute show!

He plays the crowd favorites like “Small Town,” “Rain on the Scare Crow” and “Paper in Fire.”

He performs a solo, acoustic version of “Jack and Diane” encouraging the audience to sing, then jokingly chides them for jumping too soon to the chorus.

He reminisces and jokes about how people his age talk about “old times” a lot, then follows with “Cherry Bomb.” He also tells stories of his grandmother before singing life is short, even in its “Longest Days.”

Carlene Carter, daughter of June Carter Cash, opens the show with a 45-minute set of her solo work.

At 63, we don’t know when Mellencamp’s concert tours will become stories of “old times,” but for now, Mellencamp is still a great performer, and the concert is a fun “sing-a-long” show to enjoy!