Lyn Jones: The Will to Stay Strong 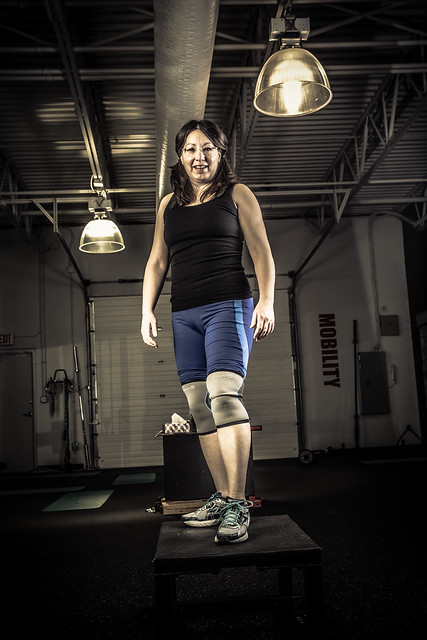 Running has been a major part of Lyn Jones’ life for 35 years. The Junior Olympics started a running club at her school, encouraging kids to channel their energy in a positive way. “Coming from a poor and dysfunctional home, running saved my life,” shared Jones.

“Thanks to the focus I maintained through running at a young age, I went on to become the first person in my family to graduate from college,” said Jones, who earned a doctorate degree and now teaches English education and creative writing as a professor at Ball State University as well as being the Education Outreach Director for the Indiana Writers Center.

In 2010, she blew out her knee while playing with her son, Will, severing the nerve at edge of  the tibia. Given the severity of the injury, Jones was told she would never run again.

“Given my life experiences and my rough childhood, I can honestly say that not being able to run was the worst thing to ever happen to me,” said Jones. “That is how vital a part of my life it was.”

This period of Jones’ life was dominated by depression and stress. “I was weak, emotionally and physically,” said Jones. She and her husband have a beautiful son, whom they love very much. Will is a joy and a blessing in so many ways, but he is also physically demanding. Will has cerebral palsy and autism, requiring two people to physically assist him 24 hours a day.

After two surgeries, multiple procedures and exhaustive therapies, Jones was teetering into despair without having an outlet for her stress and no means of restorative physical exercise.

Her podiatrist, Dr. Scott Schulman, a former weight lifter, suggested Jones try IFAST. Jones was convinced that no one could help her, but Schulman persisted.

“Scott said IFAST was an amazing place,” said Jones. “I couldn’t imagine that a gym could help me, but I had nothing to lose.”

At IFAST, Jones started with physical therapy every day. She had a team to help her on her road for recovery. Her trainers believed in her at a time when she lacked the same positivity. Her team was determined that she have a successful experience and reach her goals. 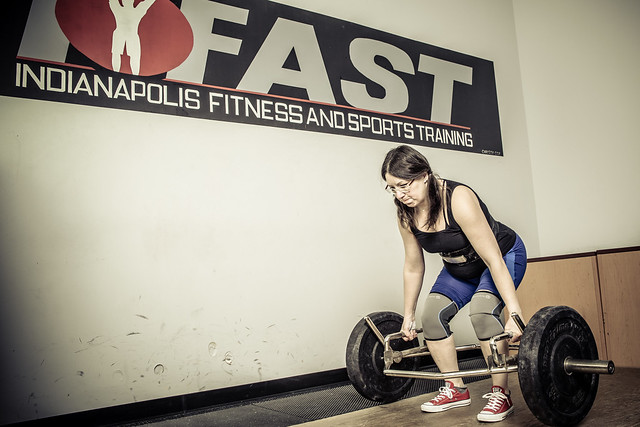 And IFAST has the right frame of mind when it comes to finding hope. “It’s a powerful moment when a client has hope,” said Mike Robertson, co-owner of IFAST. “My business partner Bill [Hartman, PT] says that he wants an answer for everything. The goal is to learn and educate yourself so that you can ultimately help as many people as possible.”

Even though Jones will not run again, she has learned how to do cardio differently thanks to IFAST.  “I can do shorter, more impactful bursts of cardio using ropes, a prowler, a full incline treadmill or with box jumps,” said Jones.

In terms of results, Jones started developing muscle definition and feeling emotionally and physically stronger within the first two weeks of training.  Most importantly, she was doing this pain free. 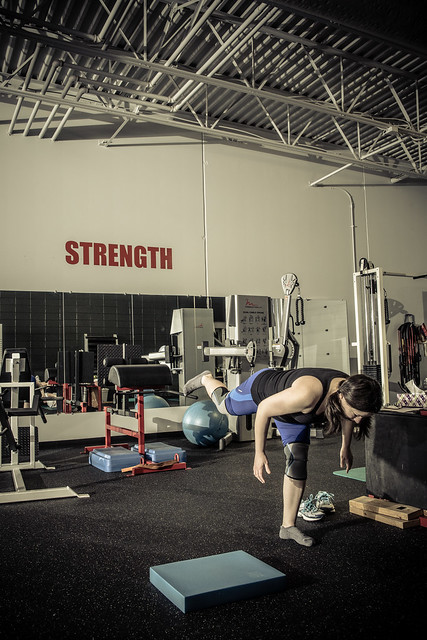 Just six months after starting at IFAST and experiencing slow and steady progress with regaining her strength, Jones broke her foot by tripping over her son’s hospital bed. “I was crushed. Just when things were going well, this break happened,” said Jones.

Surprisingly to Jones, her trainer Zach said, “Get in here, we can work around it.”

“He kept me strong,” said Jones.

After working out at IFAST for just over a year, Jones attended a power lifting meet. “I want to do that!” Jones said to her trainer.

By making that pronouncement, her fitness goals changed as well as her training program. After years of reaching a finish line, she set a completely different goal for herself. Jones trained for a year before competing in her first power lifting meet, and she did well.

“IFAST is a special place. It has certainly been important in my life. My mantra with them is ‘keep me safe, keep me strong’ and they have helped me accomplish my goals,” said Jones.

Kirsten Shaw, who works the front desk at IFAST, has struggled with obesity for 20 years. In 2011, Shaw decided doing the Geist 5K would be a fun way to get fit with her family. Within days of completing the race, however, Shaw’s husband Larry required emergency heart surgery and received three stents in his “widow-maker” artery.

“The doctor told us that walking the race probably saved his life,” said Shaw. “His surgery was a huge wake-up call for me on how important it was for me to stop the yo-yo madness and make being healthy my new normal.”

“My goal was to change one habit at a time,” said Shaw, who has lost over 115 pounds to date. “When I finally prioritized my health and happiness, I blossomed. Taking care of myself first has enabled me to be a better mom, a better wife, and a better employee.”

Jim Jones spent 23 years with the Army, now teaches at Ball State University. He is a martial arts expert with a 2nd degree black belt in Kung Fu and a black belt in Japanese sword fighting. He is currently working on being a Master in Tae Kwon Do.

Girls About Town: Fun Without the Sun

CarmelFest Champions a New Cause