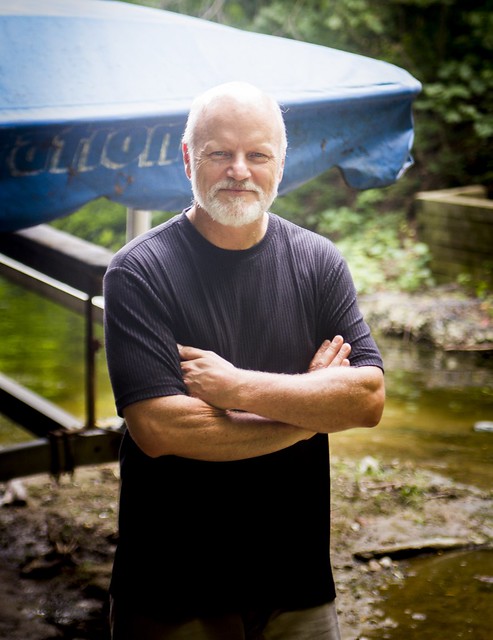 In 2011, Geist resident Hank Dragoo noticed slight erosion in the creek that ran through his backyard in Masthead. Four years later, the erosion has grown to a degree that has eliminated the usage of boat docks, uprooted 100-year-old trees and exposed pipelines.

“We had a major water event nearly four years ago, and water and soil came out at that time,” said Dragoo. “It has progressively been getting substantially worse. With each heavy rain, we get more and more sediment washing down. Once it starts to loosen the soil, it opens the floodgates.”

Sediment has built up along the creek progressively over the years, spilling out into the cove and blocking access to the water. The severe erosion and run-off has destroyed yards, foliage, wildlife and water quality.

Dragoo contacted numerous government entities and found help in state and federal agencies set up to provide assistance for issues such as his own. He applied for a grant from the Department of Natural Resources (DNR) with sponsorship from the Geist Harbours Property Owners Association and was awarded a $35,000 grant from the DNR for the project. One of the requirements of awarded grants is a 20 percent minimum match by the recipients, which was fully supported by the nine homeowners whose homes line the ravine. Construction for the project is set to begin this month if everything goes to plan. 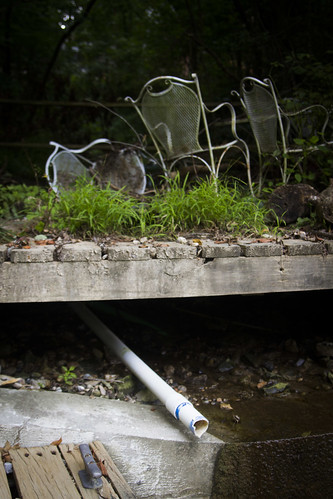 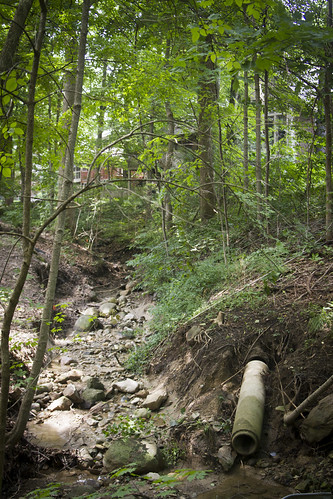 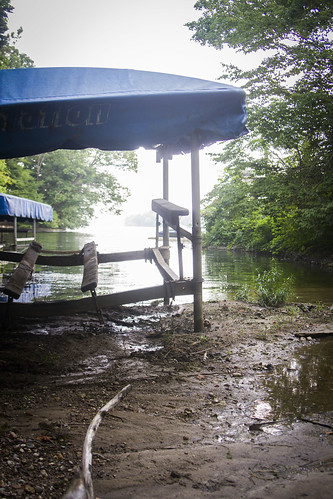 “The Geist Lake Coalition has been very helpful along with the Geist Harbours Property Owners Association. Both of them understand the importance of this work,” said Dragoo. “It takes a unified front. Without those groups and the support of homeowners, none of this could happen.”

The danger of not addressing the problem is large – the erosion has undercut trees along the creek to the point of the trees almost falling into homes. In just a couple of years, water has eroded the edges of the ravine to expose roots.

“If the problem is not addressed now, it will lead to even more damage. We are talking about four-foot-wide trees that will make a big impact if they go.”

Despite the large degree of the erosion and amount of sediment in the cove, this same issue exists all along Geist. 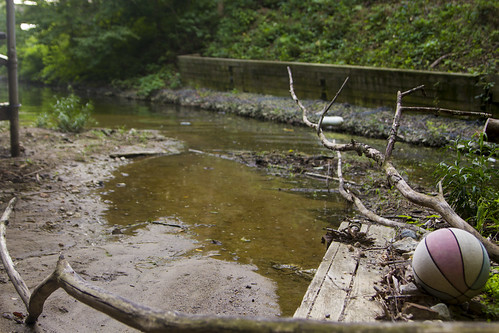 “This situation is not unique along the reservoir,” emphasized Dragoo. “It is an issue that everyone who is concerned with water quality, wildlife, planting and conservancy has to be faced with. Identifying the problem and finding out how to best solve it is to present it to the right agencies.”

Dragoo urges other homeowners facing similar issues to stand up and seek a solution.

“There is inspiration and empowerment to be had for those who want to seek that change. It is possible to orchestrate homeowners on a unified front to solve problems like this that don’t seem to have a solution.”

For more information on LARE grants or to submit an application, visit in.gov/dnr/fishwild.