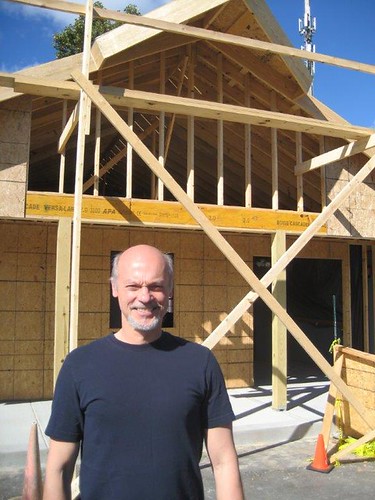 Buckle up, theater patrons of the Mud Creek Players Theater that borders Geist, Fishers and Lawrence. You see, the 65-year-old playhouse known as the Barn will not be your grandpa’s theater when late November arrives.

First, the area’s leading live theater will give official birth to a major physical improvement. A new, six-figure lobby will be added to the entrance of the facility.

Secondly, the lobby will be introduced at one of the theater’s most raucous plays when the iconic “A Funny Thing Happened on the Way to the Forum” for a three weekend stint from November 13-28. If all goes according to the plans of director Paul Haskin, the theater on 86th Street will be shaking from the belly laughter coming from inside.

“It’s bawdy, it’s a farce and it will be vaudeville at its best,” promised Haskin, a longtime Mud Creek director who will implement a live band into the musical that has had major stints on Broadway and numerous theaters nationwide.

But the wild comedy will be the second act when visitors come to the playhouse, starting Friday, November 13. That is when President Kent Delp and his Board of Directors plan to publicly open the remodeled theater and the sparkling new lobby that will open to the general theater seating.

“This will be a major addition in patron comfort,” said Delp, who navigated the approval process through the Board of Directors. “This will help us manage the traffic of our patrons much better. People will be able to gather in a location before the doors open and not face weather conditions as they purchase tickets or wait for the doors to open.”

The new lobby will host a ticket office and a 500-foot space for patrons before entering the 125-seat theater. The improvement will also allow additional space for concessions sales.

Delp, who joined Mud Creek Players five years ago, hatched the idea of adding a lobby in 2013. He admits it was a grinding process for final approval.

“We refined the idea and made a presentation to the board. There were some concerns, and we respected those objections. We were able to disagree.” 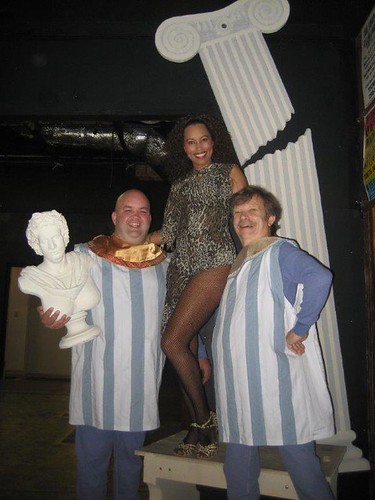 Delp ideally sees the new lobby as a billboard for the theater to continue efforts to reach into the community and uncover new actors, support staff and patrons.

“We are very rich in tradition,” said Delp. “We have people in our organization who know their stuff, and we want to pull in people to teach them their skills.”

One of Mud Creek’s core programs is youth theater activities for teenagers and younger who aspire to be involved in the theater.

“We want the kids to grow up and become members,” said Delp. “But we also want more adults to get involved. There are so many areas that people can become involved.”

The upcoming “A Funny Thing Happened on the Way to the Forum” will possess one of the biggest casts in the history of Mud Creek. Haskin will have 20 actors and six musicians reliving the work of Stephen Sondheim and Larry Gelbart.

“We will have something for everybody,” said Haskin, who has directed Mud Creek standouts “Lend Me a Tenor” and “Shakespeare in Hollywood.” “This is probably the biggest show that I have done. There will be a lot of moving pieces.”

One of the stars of the show will be veteran Aaron Cleveland, who is Pseudolus, played by Zero Mostel in the 1966 movie.

“It will be hilarious,” said Cleveland. “I have seen the movie, and it is terrible compared to the play. The stage show is completely different. There is so much comedy in the show. I saw the play in Chicago and was in tears from laughing. You are belly laughing the whole time.”

Haskin also believes the play – which occurs in 500 B.C. in Rome – is a notch higher on the stage than on the big screen.

“It’s funnier, and there are more things that will make the audience react,” he said. “The actors break the fourth wall and will tell a joke directly to the audience. We will do anything for a laugh.”

Veteran actor Kevin Shadle will play Hysterium, another leading role for the 63-year-old who recently was Murray in “The Odd Couple” at Mud Creek.

And there is another element – dance. This attracted Christina Mathews of Fishers, who majored in theater at Purdue and is now a mother of two.

“There will be a whole lot of sexy fun,” admitted the long-legged, vivacious Mathews.

As we stated, buckle up, folks. The old barn and the new lobby should be shaking in November.