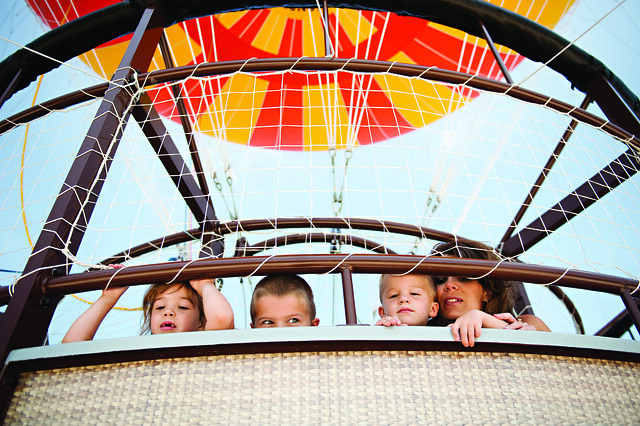 In 1859, it was a wise move on balloonist John Wise’s part to decide that postal mail might move faster from Lafayette, Indiana, to New York City by balloon.

That experience and history are the foundation of Conner Prairie’s new spring exhibit slated to open March 26, when the park opens the outdoor grounds for the 2015 season. The iconic helium balloon that has flown high in the central Indiana sky since 2009 will still be there but has a new sponsor this year.

Thanks to Reynolds Farm Equipment, that historical decision at Conner Prairie will be replicated on March 26 as the tethered, helium balloon rises up 377 feet within 15 minutes in tribute to Wise’s vision.

“Reynolds Farm Equipment and the entire Reynolds family have been wonderful supporters of Conner Prairie in a variety of ways for decades,” said Conner Prairie President and CEO Ellen Rosenthal. “The company understands our mission, realizes how important it is for us to receive philanthropic support and sponsorships, and cares deeply about its future as we continue to accomplish our five year strategic development plan.” 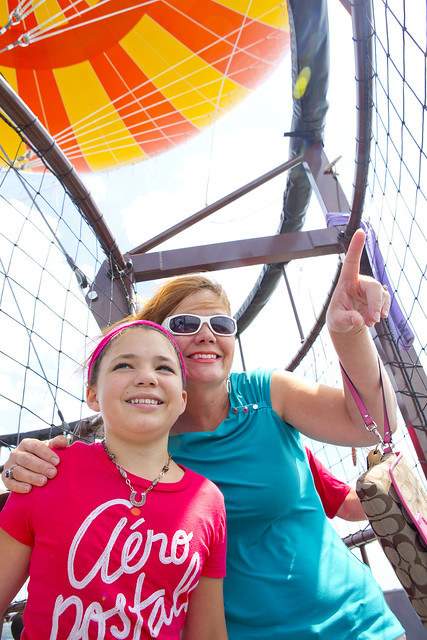 When Wise wanted to make a name for himself, he turned to the U.S. Post Office in Lafayette. He offered to fly a special delivery from Lafayette to New York City via balloon. On August 17, 1859, 20,000 people gathered to watch the manned balloon gracefully ascend into the sky. Unfortunately, the wind blew him off course, and he was forced to land just 30 miles west, near Crawfordsville. Although the mail finished its journey by train, Wise is credited with making the first U.S. airmail delivery.

The 1859 Balloon Voyage reinforces the Indiana connection to balloon travel and exploration and features interactive activities, recreating downtown Lafayette with a dry goods store, a pharmacy and a photography studio. Another feature will be a post office letter sorting machine, where children can sort through outgoing mail and either get it ready for normal delivery or get it ready to be delivered by Wise and his balloon.

“In addition we have taken out a part of the gallery and revamped it so more people can view the ascent and descent of the balloon,” said Duane Brodt, public relations director for Conner Prairie.

Flight instructors, also taught as historical orators, have the ability to discuss the voyage, and talk in real time voice during the ascent and descent. “We decided not to have characters portray Mr. Wise, but let six actual flight engineers tell the story as we ascend and descend,” said Brodt. “Six flyers are trained to tell Wise’s story, well trained about the Wise story, and if questions come in about the north and south, and weather conditions, they can answer them all. As they ascend, the visitor will hear about Wise…showman, east coast marketer, money maker….”

And it wasn’t just by chance that Wise’s story is being told. “We chose this story as the basis for the exhibit because it represents a little known yet important piece of Indiana aeronautical history and opens another door for us to include the history of science and technology in exhibits, experiences and programming,” Rosenthal said.

Construction to create the new exhibit is estimated at $165,000. The cost of the new balloon, built by French company Aerophile, is $530,000. Aerophile develops 30 balloons a year, and Conner Prairie is the only company to commission one for an exhibit. Average life span of an Aerophile balloon is five to seven years, and with unpredictable Indiana weather, the decision was made to re-create the balloon at five years. 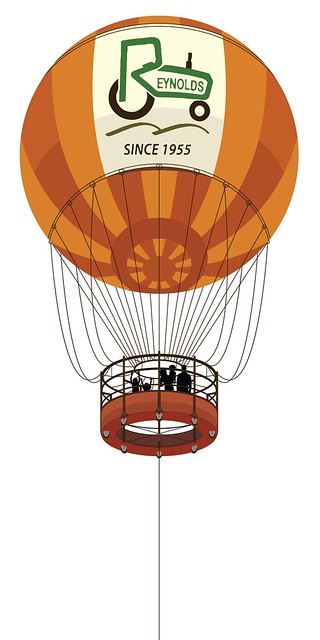 Flights cost $12 for Conner Prairie members and $15 for non-members. Since 2009, nearly 91,500 visitors to Conner Prairie have ridden in the balloon.