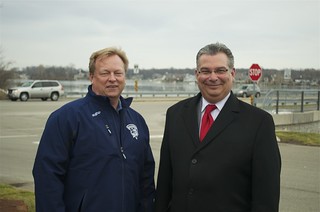 Peterson has come a long way in the last 10 years.

His journey started as the “Chief Antagonist” for the then Town of Fishers during the forced annexation fight that started in 2005. As president of the Geist United Opposition (“GUO”), Peterson was rallying Geist residents to form the Towns of Geist in an effort to avoid the annexation. In the end, a judge determined that Fishers initiated their annexation before the Towns of Geist were filed and the 2,000 plus unincorporated residents became Fishers residents on January 1, 2010.

“The governor (Mitch Daniels) passed a 1% property tax cap which pretty much made the property tax increase we were fighting a non-issue,” said Peterson. 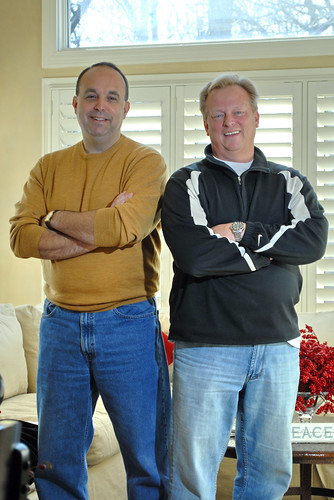 Once Geist was part of the Town of Fishers, voting districts were drawn up in 2010 and Peterson was the likely candidate to fill the area’s first seat on the town council. Geist and Fishers residents alike were still bitter over the annexation which made for a close race in the 2011 election. Fishers’ districts were voted on at large, meaning that Peterson needed a good showing in the Geist area to counter the anti-GUO, anti-Peterson sentiment in the rest of the town. He beat out two other candidates for the seat by only 12 votes and was sworn in on January 3, 2012.

“Nobody knew what to expect,” recalls Peterson. “Here I was fighting these guys for the last five years and now I’m sitting next to them at a town council meeting.”

A meeting prior to his first council meeting with then town manager Scott Fadness changed that dynamic and set the stage for what has now become some of the most productive changes in recent history.

“Scott reached out to me and asked me to go to lunch. To this day, we have a tremendous relationship.”

“I was surprised. He wasn’t the ‘three-headed snake’ everyone had been talking about during the annexation,” laughed Fadness.

Geist residents were skeptical as well. Peterson summarizes the sentiment of Geist residents as “distrusting”, a feeling that over time has diminished considerably since his first days on the town council. 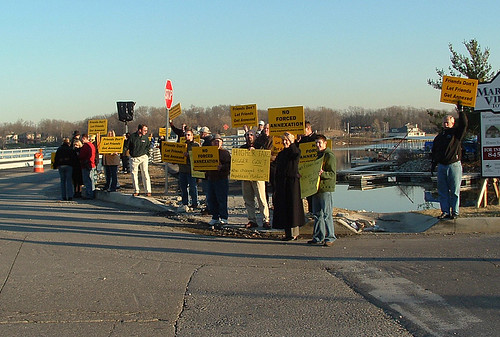 Annexation opponents formed the Geist United Opposition which staged rallies like this one in front of Bella Vita Lakeside. The Hamilton County Republican Club was hosting a Christmas party at the restaurant and “No Forced Annexation” signs littered the entry to garner support for annexation reform.

Since that time, Peterson and the rest of the Fishers Town Council have worked with Fadness to create a robust economic development plan which has already taken shape in the downtown Nickel Plate district, Fishers amphitheater and Launch Fishers to name a few.

“Of all the things we’ve done, Launch Fishers is probably the biggest feather in our community cap. I really want to push more smart economic development and responsible development to the east of Geist reservoir towards the county line.”

Business development is important to a vibrant city according to Peterson. While property taxes on homes is capped at 1%, rentals are taxed at 2% and businesses pay 3%.

“As a rule of thumb, a financially healthy city has a 30% business tax base which helps keep taxes low on the residents.” 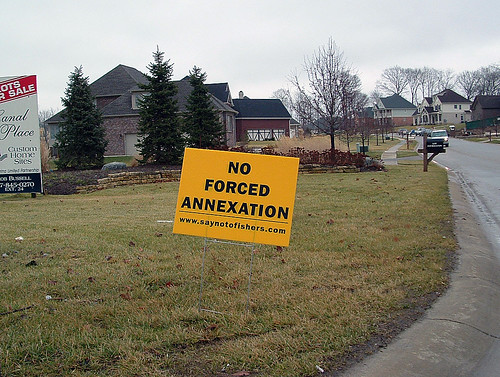 Signs around the 2,000+ homes on the north end of Geist Reservoir reminded residents for five years of the ongoing annexation battle.

Short-term, Peterson admits that the transition from a town to a city presents the council with their own growing pains.

“We’ve never been a city before, so it’s going to be a learning experience. The council is mainly responsible for approving permits, budgets and the like. All that economic development and visionary stuff goes up to the mayor (Fadness).”

Peterson will be advocating for a city survey to poll residents in Fishers on projects and amenities they would like to see in the future. He points out that he is always available to Fishers residents for questions or concerns and publishes his phone number (317-523-8321) and email address (petersonp@fishers.in.us).