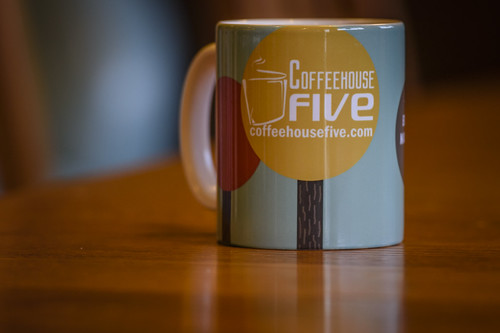 Named as a nod to Indiana author Kurt Vonnegut’s “Slaughterhouse Five,” Coffeehouse Five looks to be simply a hip and trendy coffee shop in downtown Greenwood. However, it doesn’t take long to discern that it is so much more.

Founded by Brian and Michelle Peters, Coffeehouse Five differentiates itself by how it invests its profit: turning it into resources to strengthen families, which the Peters view as the backbone of a healthy community. As a self-proclaimed “for-benefit” coffee shop, one of the main tenets of its ministry is bringing free marriage counseling to couples in need.

“We want to be a high-quality coffeehouse, but the core of what we do is the counseling,” said Brian. When Brian first began to work in ministry, he received many requests for marriage counseling; unfortunately, the marriages were often at a point when they were too late to salvage.

Through his research to figure out why that seemed to be a trend, Brian discovered that many struggling couples choose to wait for counseling because of the cost. “But the longer they wait, the longer the root of bitterness grows, and it becomes impossible to overcome,” he said. “We want to get to couples earlier…help them sooner.” Coffeehouse Five became their outlet to achieve just that.

The Peters also desire to obliterate the stigma often associated with counseling. “We want to bring dignity to the process, as well as make it comfortable and normal,” said Brian. “This plays into the coffee shop approach to create an inviting, relaxing atmosphere.” 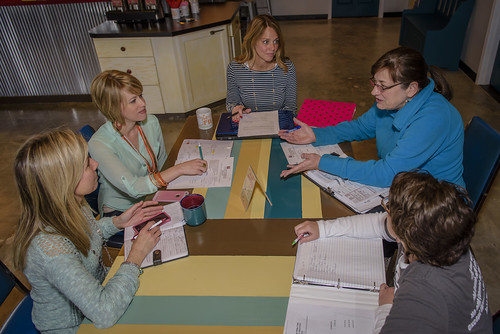 Volunteers, Not Employees
Making the business a family affair, Brian and Michelle’s adult children also volunteer alongside them. “Our children, Tay, Amanda and Lucas, volunteer to help because they are great kids and support our calling,” said Michelle. While their children all wear several hats, Amanda’s includes, but is not limited to, overseeing the volunteers. Volunteers are the crux of how Brian and Michelle are able to provide counseling free of charge.

Not only are their children volunteers, but all their baristas are volunteers, which is how the Peters are able to direct their profits toward counseling. Currently “employing” seven volunteers, they are always looking to add to the staff. “To be a volunteer barista, we require you be over the age of 18, personable, outgoing, excited about working in a fast-paced environment and able to work at least 10 hours a week,” said Amanda.

Brian went on to explain further, “We have to be particular…only using people who view it as a job,” he said. “It’s different from the way many people look at volunteering for a nonprofit…one to two hours a week or a month. That just isn’t helpful to us.”

Community, Not Congregation
Although not part of the church, Coffeehouse Five launched itself from a space within Community Church of Greenwood’s Gathering Place in 2011. The coffeehouse moved into their current digs in July of last year.

Though they do not have a “congregation,” Coffeehouse Five does have a community who gathers to worship together once a week. “About half of the people we work with do not have a church home, so our worship time helps connect people together,” said Brian. 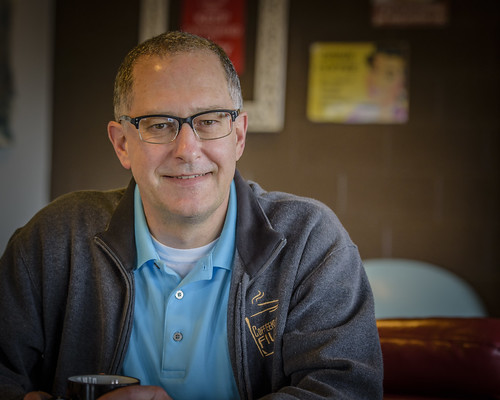 Currently, Brian is serving as the interim pastor at the First Baptist Church of Greenwood (just down the street from the coffee shop), so the community meets there Sunday mornings. Ultimately, once the interim period is complete and the church has a permanent pastor in place, the Coffeehouse Five community plans to worship again at the shop Sunday evenings.

Nitro Coffee and More
Although the counseling is the core of what they do, Coffeehouse Five takes great pride in the quality of their food and drinks. All of their baked goods are made in-house, many of which utilize multigenerational family recipes. They include cookies, scones, cinnamon rolls, muffins, sandwiches and more.

About the coffee, Brian confessed that as a family, they are “coffee-snobs.” “One of the things we are committed to is quality. We did a lot of taste-testing, and that’s how we ended up with Ancora Coffee Roasters from Madison, Wisconsin,” he said. He went on to say that they would someday love to roast their own coffee; however, there just is not the time to include this at present.

Staying ahead of the trend, Coffeehouse Five was the first shop in Greenwood to premiere Nitro Coffee last month. Nitro Coffee begins with cold brewed coarsely ground beans; then it is placed in a keg and served through a nitrogen tap. This creamy-textured beverage minimizes acidity but maximizes the caffeine content, and the result visually appears much like Guinness Stout. 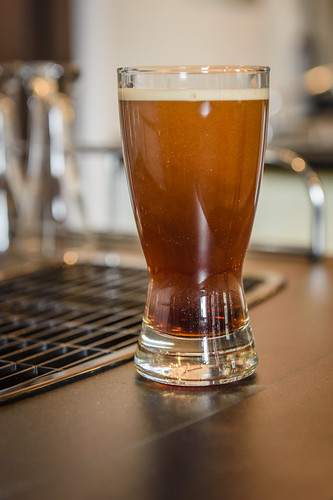 Future Vision
Currently, Michelle works full-time for a division of the Indiana Supreme Court, so her time is limited. However, she is fully committed to the ministry filling in as needed as a barista and baker and helping Brian with counseling as time permits. In the future, however, she envisions herself there full-time.

“Our goal is that Coffeehouse Five will be totally self-supporting at a level where both Brian and I can be there making coffee and available to do counseling. In addition, it is my dream that every day all day, the tables would be filled with people enjoying a drink and a baked good while studying, reading or sharing with friends,”
she said.