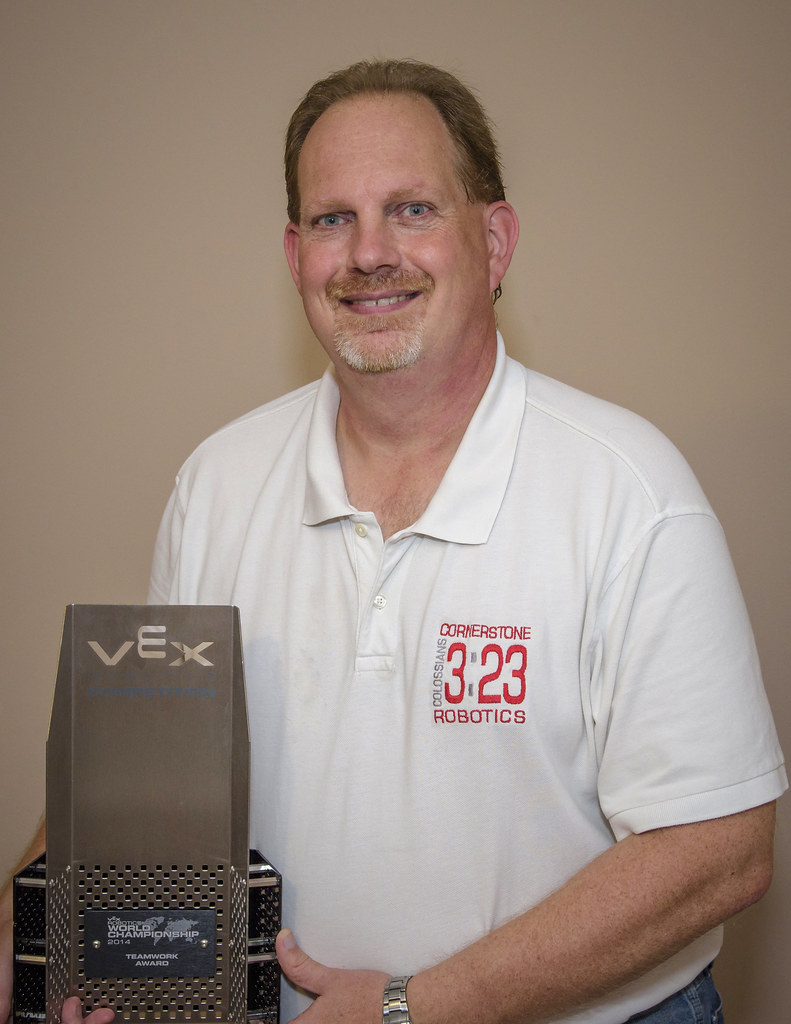 When Jay Miller founded Cornerstone Robotics in 2007, he hoped to reach into the homeschooling community and provide a unique extracurricular activity for students. Since then, his reach has expanded into more than his home-based team can serve.

Igniting a Spark for Learning

Now entering its seventh year of competition, Cornerstone Robotics has grown from being a team of 10 students to nine teams with more than 40 students. The teams range in age from elementary to high school and are located in the Greenwood, Lawrence and Southport areas.

The sport requires the team to work together to build a robot that will go on to compete against other robots. At the competitions, robots play games and work to score points by picking up balls and placing them in goals. They can even earn additional points by lifting up the competition. Matches take place over a 2:15 period.

Miller’s interest in this team-building, problem-solving, mechanical engineering sport began when his oldest son — who was homeschooled at the time — began participating in Robotics on the Center Grove team. Miller acted as a mentor for the team.

In a world that focuses on sports and arts as extracurricular activities, “Seeing kids who haven’t found their passion yet find it in robotics is very rewarding,” he said.

It was watching that same discovery in his son that ignited Miller’s own passion for the sport. The eldest Miller child dove into Robotics and led the way for his three siblings. With Robotics growing in popularity over the years, the township school limited participation to CG students only, and the Millers took off on their own to serve the homeschool community.

Miller’s son is now in college, but Jay says he “has years ahead of him.” With another son in high school, a daughter in middle school and a son in elementary school, he is also working on developing more teams for elementary and collegiate levels. While he can’t coach all of the teams alone, he said that he and the other coaches bring the teams together and guide one another whenever possible. 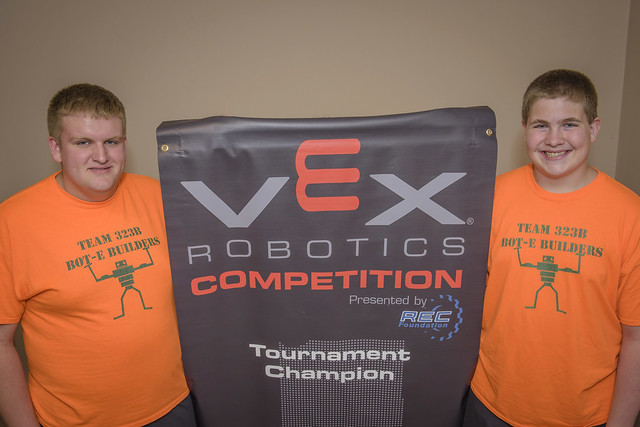 A Robotics season begins in August and runs through mid-April. Miller’s team meets for three hours every Wednesday night in his home. Depending on the age of the students, they classify as VEX or VEX IQ. The IQ team consists of younger, elementary-aged students with no robotics experience. The VEX IQ robots snap together like advanced Legos. Often, the older VEX teams mentor the younger teams.

It’s after the first competition in November, Miller said, that the fun really begins. The students come back and brainstorm. They document things that go on during the competition, consider what worked for other teams and sometimes completely tear the robot apart to rebuild.

“They get a hands-on experience by doing something fun,” Miller said. “They don’t even realize they are learning.”

According to the Cornerstone website, “This program can be life-changing for students by exposing them to science and technology in a fun and exciting way. Students have fun together as they learn engineering principles, problem-solving skills, teamwork and how to compete in a God-honoring manner. It also helps them to learn leadership, teamwork and public speaking skills.” 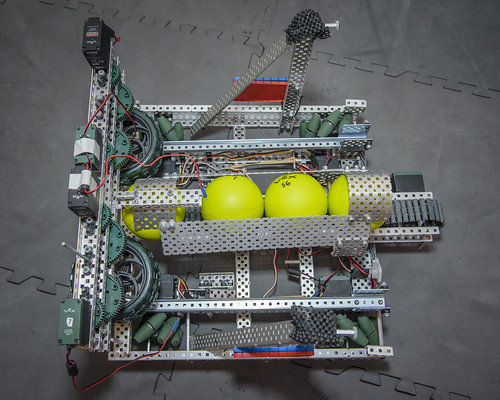 As a software engineer himself, Miller said that he is proud of what the kids have accomplished. And it’s not even the science and mathematics problem-solving skills that he refers to. It’s the way they all come together and work as a team.

Although the nine teams range in age and location, they come together to scrimmage and bounce ideas off one another. He stresses that the students don’t compete to win at any cost; rather, they represent the sport and their teams well.

Because of the increasing popularity of the sport, Miller said that the teams are full, but openings occasionally come up, and he hopes to grow even more with the help of new mentors.

For more information about Cornerstone Robotics or to become a sponsor, visit cornerstonerobotics.net.