Back in 2012, the media aired the Stanford University study findings that organically grown food was not more nutritious nor did it lead to better health outcomes than conventionally grown food. That statement was like someone standing up in the cafeteria and shouting FOOD FIGHT! An array of media platforms on the Internet and talk radio oversaw the flinging between the all-organic environmental supporters vs. the conventional consumers and big food industries. 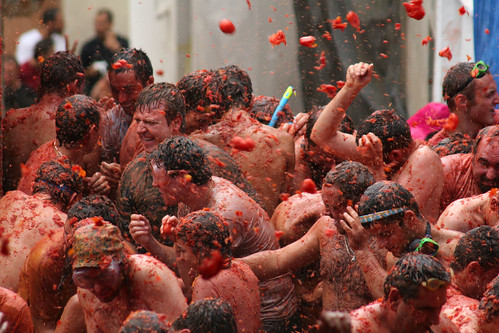 Some within the organic community smelled something rotten with the study and were suspicious that biotech and agrochemical industries must have funded the Stanford study—which wasn’t the case. They argued the study is biased and are upset at the claim that conventionally grown food is just as nutritiously sound and healthy with the poor soil conditions and pesticide residues. They are convinced that the pesticide residues are responsible for many human diseases and disorders and are skeptical of the U.S. Environmental Protection Agency’s (EPA) acceptable ‘tolerance levels’ considered safe for produce. In addition, they were angry that the study did not address the environmental concerns pesticides pose, claiming these agrochemicals are contaminating the soil and water supplies and throwing off the ecosystem balance, which ultimately affects our health.

The research studies that have linked pesticides to health problems such as birth defects, neurological disorders, cognitive dysfunctions, immune disorders, allergies, cancers and so on have been found in people who had pesticide over-exposure, not pesticide residue exposure. These people either worked with pesticides or were exposed to high levels due to an accidental contamination.

Time to Look at the Stanford Study
The Stanford Study is actually a systematic review of 240 studies. The Stanford scientist extracted comparison data on two types of food: organic and conventional. Data was analyzed and compared on nutrients, contaminant levels and health outcomes. Here is the conclusion: “The published literature lacks strong evidence that organic foods are significantly more nutritious than conventional foods. Consumption of organic foods may reduce exposure to pesticide residues and antibiotic-resistant bacteria.”

A Few Brief Points from the Study
Pesticide residue: Pesticide residue was lower among organically grown food, and two studies found higher urinary pesticide levels in children who ate conventional diets than organic diets.
Health outcomes: There were no differences in biomarkers (which are measurable disease indicators such as cholesterol, glucose, blood pressure, and tumors) and nutrient levels in subjects who ate organic versus conventional diets. There were no significant differences in vitamin and mineral levels, although only three studies looked at health outcomes.
Bacterial contamination: E. coli and other bacterial contamination did not differ between the two types of foods. However, three or more antibiotic-resistant bacteria were more prevalent in conventionally raised chicken and pork.

Even Dr. Oz Chimes In
In October 2012, Dr. Oz stated, presumably in response to the Stanford study, “So you’re being told organic food is no more nutritious than conventional and it’s not worth your extra money. Well I’m here to say that it is worth the investment. Why do I say that? Pesticides.”

In December 2012, Dr. Oz said, “After several years of research and experience, I have come to an encouraging conclusion: the American food supply is abundant, nutritionally sound, affordable and, with a few simple considerations, comparable to the most elite organic diets.” Dr. Oz goes on to say there is a very minor nutritional difference between farmers’ market produce and grocery stores’ frozen or canned foods.

How Do You Choose Which Apple?
Well, there is a buffet of considerations. Whether you choose an all-organic diet, a conventional diet, or a mixture of both, the wonderful thing is we have a choice. You may still feel that organic is ‘superior’ since it does have low to no pesticide residue and excludes food additives, preservatives, artificial sweeteners, high fructose corn syrup, antibiotics, artificial hormones and GMOs. You may also buy organic food for environmental reasons. Organic farming practices are designed to benefit the environment by reducing pollution and conserving water and soil quality.

On the other hand, you may choose to save your money and buy conventional to stretch your grocery budget further. Conventional farming has been able to meet the demands of a growing population. Crops produced by genetically modified organisms (GMOs), even though controversial, have been more resilient to drought conditions, diseases and insect damage. These crops are producing more food to keep the prices down and feed the world.

Whatever diet you choose, just keep in mind a few food safety tips recommended by the Mayo Clinic:

Variety is the spice of life. Get adventurous and try something new. Choose foods from a variety of sources and types to get different nutrients and to reduce your exposure to a single pesticide. Have you ever had a kumquat? Next time you go to the grocery store, pick up something in the fresh produce aisle that you have never tried before.

Fresh fruit and vegetables are the way to go. Buy produce that is in season. Ask your grocer when the new produce arrives. Your local farmers’ market is a great place to buy fresh-picked produce.

Start reading food labels. Beware: a product that has the organic label or has some organic ingredients does not mean it is healthy for you. Organic cookies, crackers, cakes and chips can be very high in sugar, salt, fat and calories. (Sorry, it is still junk food.) Check the labels!

Clean your food. Raccoons do it and so should you. Washing and scrubbing your food will clean off bacteria, dirt, pesticide residue and other agrochemicals.

Not all pesticide residue will come off with washing. Peeling the skin from your fruit and vegetables can help further reduce pesticide residue, but it still may not totally remove it all. And you will lose all the great nutritional value and fiber the skin provides if you remove it. Ultimately, you have to decide what is best for you and your family.