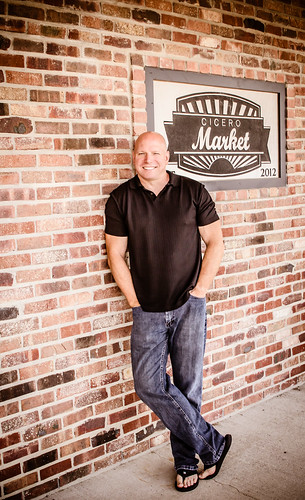 Rent-A-Tub might be the only hot business idea that cooled before Brett Morrow could launch it.

The entrepreneur laughs as he remembers thinking he could build a successful business renting hot tubs to fellow University of Evansville students for frat parties. He did, however, have a successful DJ business there.

If you don’t know Morrow, you probably know at least one of his businesses: Cicero Market, Preferred Tax Service and 10 West in Cicero, Harbour Market in Noblesville, Crop-a-Doodle-Do in Arcadia, and The Social Experience in Kokomo. The number of people on his various payrolls in Cicero makes him the town’s largest employer.

Morrow’s success doesn’t surprise Gwen Hunter, a fellow 1983 Hamilton Heights graduate. “He was a lot of fun, a go-getter and a leader,” said Hunter, now a member of the district’s school board. She remembers the endless, good-natured ribbing he gave her their senior year when Hunter was a homecoming queen candidate. As student body president, Morrow was the only one who knew in advance who was going to wear the crown. “He had an absolute blast not telling me I’d won,” she laughed. “He’s just a fun, fun person. A special friend.”

His good business sense and heart make it seem like he has the Midas touch when it comes to building successful businesses, she says. “The guy believes in the community and invests in it. He knows what they want. No matter what business he’s involved in, it’s a good business.”

Getting Away
Morrow majored in advertising at the University of Evansville and set his sights on getting away from Indiana. The day he graduated, he boarded a 6 p.m. flight to New York where he was to be trained as a flight attendant. As they flew into JFK, the young man who had never ventured very far from Walnut Grove asked his seatmate, “What lake is that?” That lake, she told him with a smile, is the Atlantic Ocean.

He soon experienced the Atlantic from a variety of vantage points. His first three destinations as an airline employee were Rome, Paris and Tel Aviv. “I realized the world is a very small place,” said Morrow, enjoying an egg sandwich—“a staple in New York,” he explained—at Cicero Coffee Co., where just about everyone who passes the table stops to say good morning.

His globetrotting job taught him that you don’t know what you have until you don’t have it. His mother’s diagnosis of cancer brought Morrow back here in 1995. Technology was changing the way business could be done, and the self-proclaimed Idea Man realized he could serve clients all over the world from Hamilton County.

Making a Better Town
“Every community in the nation is looking for someone like a Brett Morrow,” said Paul Munoz, Cicero plan director for five years, where he’s worked with Morrow on the Economic Development Commission. “He’s not only interested in the business aspect but what he can do to make the community a better place to live.”

Getting a grocery in town was a high priority for Cicero residents for years. When Morrow brought new life and a new name to a small grocery on Jackson Street that had fallen into neglect, the community’s interest was piqued. When they tasted the meats and fresh foods Cicero Market stocked, they became loyal customers. In almost no time, Morrow moved the market into the larger, brighter, more inviting location on Ind. 19. “Cicero Market has the best meat counter in Hamilton County,” said Munoz, who frequently buys steaks, burgers and chops there. “The steaks are amazing cuts.”

Morrow’s 10 West has enjoyed similar almost-overnight success. Praise for the restaurant, however, is coming from far beyond the neighborhood.

In late April, 29 members of the 500 Festival board of directors drove their brand new pace cars into Cicero for an evening at 10 West. One of them had eaten here the previous weekend and was so impressed, he reserved the eatery’s Cellar for the party that kicked off their responsibilities in the month-long festival of half-marathons, parades, educational and service events, and princesses. At least one person had never even heard of Cicero but most left planning to come back.

Morrow is quick to wrap his arms around his managers and staff when accolades are given his businesses. “It’s all about the people,” he says. “I certainly can’t run a grocery store. If you empower people to do what they do best, you’ll have a good business. I’ve got a pretty good knack for seeing talent in people.”

Jane Ann Embry treats Cicero Market as if it’s her own, “and it is,” said Morrow. One of his first decisions as a green grocer was to hire her. The same goes for Bill Wampler, chef at 10 West, which is already expanding to accommodate the nightly crowds. “I make sure they have the tools they need to do their jobs best.” 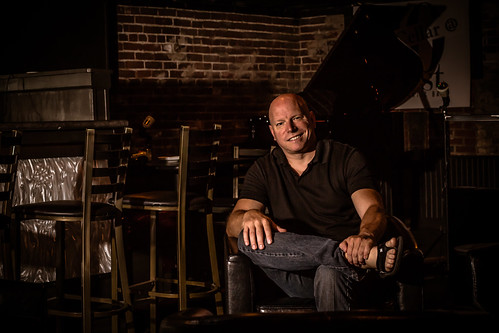 What’s Next?
Morrow won’t elaborate but does acknowledge that he has a couple more ideas for the future. “Opening the restaurant was a major goal,” said the owner, whose favorite dish is the fish tacos. “I wanted a place to go, have a good meal, meet friends and not be a half-hour away.”

Crop-A-Doodle-Do, housed in his grandmother’s farmhouse on 266th Street and designed as a retreat for scrapbooking enthusiasts, is slated to become Maple Lane Inn and Pavilion. Scrappers will still find sanctuary there on weekends, though services will be more limited. Maple Lawn will be a site for weddings and overnights for wedding parties. The decades-old barn will become a wedding chapel.

While he defies the stereotype of an advertising executive—has anyone seen him wearing something other than neat, well-fitting jeans and a T-shirt?—he certainly sounds like one as he describes his hometown. “We’ve got one of the top McDonald’s in the country. The lake. We’re close to both sides of Indy. We’ve got a great little grocery and restaurants. We’re a great bedroom community for Indianapolis or entrepreneurs. There’s such opportunity here.”