Eddie Mode Reflects on a Lifetime of Witnessing History 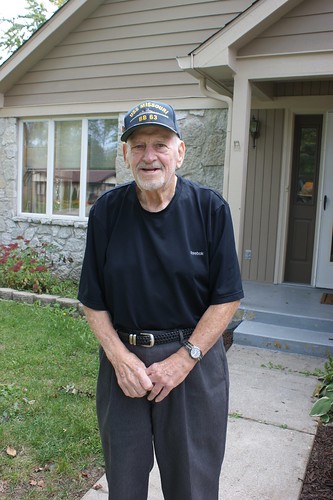 Back in the day, you did not want to wait for the draft notice,” said World War II and Korean War veteran Eddie Mode.

So he and a few of his buddies joined the Navy in 1945, three days after his 17th birthday. Mode was placed with the 137th Navy Seabees during WWII. After training, his unit was deployed to the Pacific theater where they came ashore upon the beaches of Okinawa. Mode and his Seabee unit were with the 1st and 6th Marine division on the second day of the campaign, April 2nd, 1945.

The Seabees were the contractors in charge of the infrastructure of the military operations. The Seabees were given a task of building an airstrip. Typically this would not be a problem, however the location was on a beach.

“The Army Corps of Engineers told us it was impossible, so we completed the task in a month,” Mode said.

This feat of determination was awarded with a Presidential Citation. The Seabees accomplished this task by first spreading out coral with bulldozers, crushing it with steamrollers, then they laid inter-locking metal grids together over the crushed coral. The impossible became possible with these brave and courageous men, who literally worked under fire.

The airstrip was strategically critical for the war effort, for the location allowed the US Navy fighter planes easier access to the Japanese mainland. In addition to building this airstrip, the Seabees also brought installations to shore such as bombs, ammunition and other needed supplies. 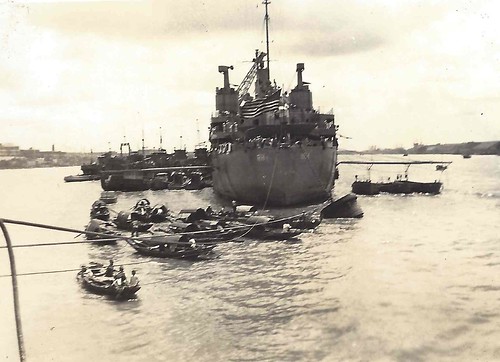 One of Mode’s first of seemingly countless brushes with celebrities during his lifetime happened just a week after the war ended. Mode was a passenger aboard a Marine cargo plane that was piloted by Tyrone Power. Mode recalls that it was a C46.

“Here was this famous actor but he was serving his country like the rest of us,” said Mode.

Mode was flown by Powers from Okinawa to the Japanese mainland.

Within a couple weeks of the Japanese surrender, Mode’s Seabee unit was disbanded. Many of the drafted men were shipped back home, but since he had enlisted for 4 years with the Navy, he was re-assigned. Mode was “Shanghai’d”. This meant he was re-assigned to the fleet aboard a Landing Ship, Tank in Shanghai.

After sailing around the Pacific, traveling where needed during the post-war occupation, Mode finally found his way back to Indiana. Originally from Muncie, he loved playing basketball. The courts closest to him were part of the US Military Reserves. In order to play basketball on those courts, he had to re-enlist. So he joined the Navy Reserves for the simple pleasure of playing basketball. Not long after re-enlisting, Mode was surprised that his reserve unit was called up to active duty.

“I found myself in the Korean War simply because I loved basketball,” said Mode.

He was assigned to the USS Missouri, which shipped out of Norfolk and made its way through the Panama Canal and sailed on to Korea.

The USS Missouri, and its sister ships the USS Iowa, the USS New Jersey and the USS Wisconsin, were a force to be reckoned with. The hull construction was armor upon armor and the guns were the most powerful at the time. Each gun was 16 inches in diameter with each shell weighing 1 ton. Every shell contained 625 pounds of gun powder.

“Those years in the Navy were the best times of my life and I don’t regret it for a minute,” said Mode. 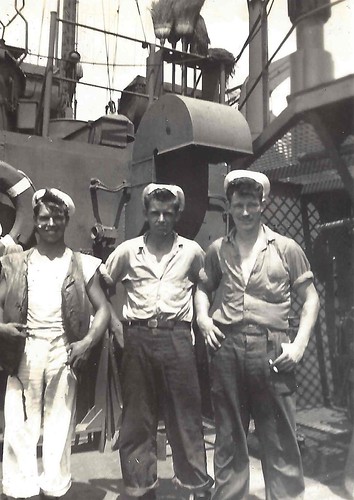 Not long after the Korean War, Mode and his family moved to Florida. In Cocoa Beach, he owned a few nightclubs that entertained NASA astronauts with the top talent of the day.

“Cher, the Smothers Brothers, Frank Sinatra, Jr. are a few of the acts we had at The Maverick,” said Mode.

All of the original seven U.S. astronauts found themselves at Mode’s club along with Walter Cronkite and other notables of the era. Mode claims that Cronkite came into the bar every night he was in town for the lunar launch.

A decade later, NASA began laying off workers. The Mode family moved to Atlanta, where Mode managed the Stadium Club for the Atlanta Braves.

“I knew all the players,” said Mode. “I was there the night Hank Aaron hit is 714th home run. What an exciting moment!”

Mode then moved to Las Vegas where he was an odds-maker and bookie. His company name was none other than “Fast Eddie”. Mode developed quite the reputation and was sought after to teach classes on sports gambling at a local community college.

Moving back to Indiana in the ‘90s, Mode, along with his daughter, Sandy, opened Eddie’s Cafe. He made the soups, and Sandy made the desserts. It closed this past summer, much to the dismay of the patrons.

“Several factors went into the decision to close the cafe,” said Mode. 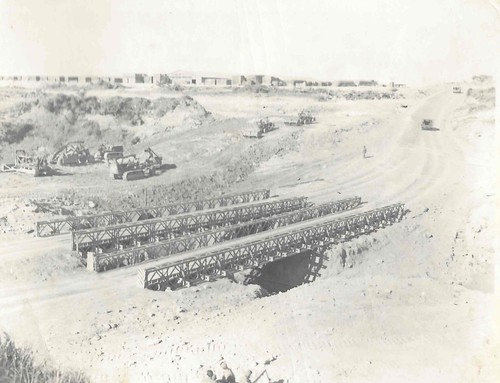 The cafe was as much a museum as it was a wonderful lunch spot. The giant model of the USS Missouri is now at Ginger’s in Noblesville, and many of the photos that adorned the walls were given to friends and family or kept by Mode.

In the last couple of decades, Mode has focused his efforts on an orphanage in Nicaragua. He claims that the best thing to happen to him aside from his own children, is his involvement with this orphanage. His daughter and son-in-law, Sandy and Doug Ehrgott, helped facilitate Mode’s involvement through the Nicaragua Resource Network. With all of his hospitality and cooking prowess, and Mode’s love of feeding people, the kitchens have been named in his honor. To date, he has made 63 mission trips to Nicaragua, loving every moment and every child.

When I first met Mode a couple years ago, it was in Sam’s Club in Fishers. My youngest son is obsessed with the USS Missouri and I do my best to express my gratitude to every serviceman/woman I encounter. I love seeing the blue hats with the gold embroidery on the WWII, Korean and Vietnam veterans, so I go out of my way to shake their hand. Upon seeing a familiar blue hat at a distance near the dairy case, I got my chance to offer gratitude to this man. As I approached, he turned around, I read “USS MISSOURI” on his hat and nearly freaked out in the store. He told me about Eddie’s Cafe and to come up with my son to let him see the model ship and of course, to eat. But, Mode told me, he was heading to Nicaragua in a couple weeks to “walk one of his girls down the aisle”. I was touched. I was so impressed by this amazing man who has led an incredible life, and he added, “Honey, I was a bit of a scoundrel in my day.”

MSD of Lawrence Township Earns an “A” ...