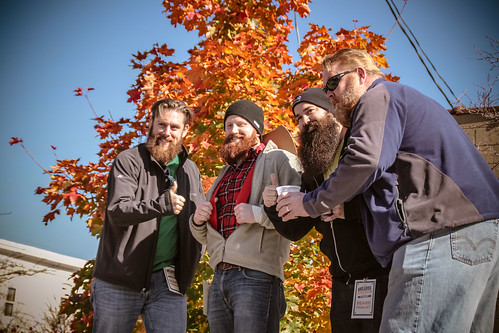 “They came, they conquered, they cultivated a new fall favorite,” says Keriann Rich, President, Hot House Communications, of last year’s Beards and Brews competition. “This year’s championship of Beards and Brews promises to deliver all of the competitive flare you can imagine associated with beards and those who sport and love them.”

Noblesville’s Hipstoric™ Downtown will host the event Saturday, October 24 from 12-4 p.m. in the parking lot at 8th Street and Maple Avenue.

“If you attended Beards and Brews last year, I guarantee you’re coming back,” says a confident Chris Owens, Executive Director of Noblesville Main Street. “Beards and Brews quickly created a cult following, and we are committed to making this an annual event that brings people to experience all that our city has to offer.”

Local breweries are represented both in the beards competition as well as their brews. Leading up the championship, five Central Indiana brewing companies will host a preliminary beard contest at their brewery. 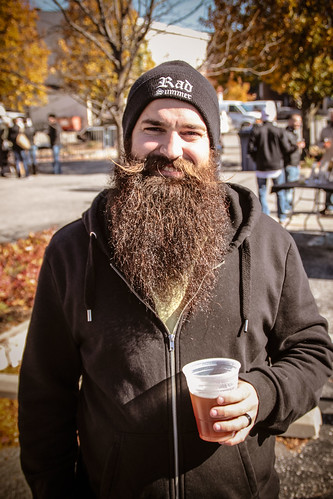 Each of these participating breweries will invite interested contenders to participate in their qualifying contest, naming a bearded representative in the following categories: Best of Show, Longest Beard, Thickest Beard and Most Creatively Groomed Beard.

“The hipstoric™ initiative in Noblesville is an effort to connect and engage people, places and experiences with community,” said Alaina Shonkwiler, Economic Specialist focusing on downtown culture for the City of Noblesville. “Connecting with visitors or those new to Noblesville is important when keeping our hipstoric™ square an attraction. Why not host an event that attracts people with an idea that is timely and on trend?”

Noblesville’s own Barley Island, Grand Junction Brewing Company from Westfield and Indy-area breweries Fountain Square and Bier Brewery will all host preliminary beard contests on their turf during the first two weeks of October. Their bearded representatives will compete at the Beards and Brews Championship, alongside any interested community members wishing to “walk up” and enter their own beard into the contest.

“This contest is not exclusive to those representing the participating breweries,” added Owens. “Anyone wishing to enter their beard into the ’community call out’ portion of the event is encouraged to do so — the more bearded, the better.”

During the championship, a panel of judges will name an overall winner for each of the said contest categories. Winners will be awarded a prize package, but more importantly, bragging rights.

Brews from Barley Island, Grand Junction Brewing Company, Fountain Square Brewing, Triton Brewing, Three Wise Men Brewery and Sun King Brewing will all be on site from 12-4 p.m. This year, sample swigs from each brewery will be included with the $15 admittance. 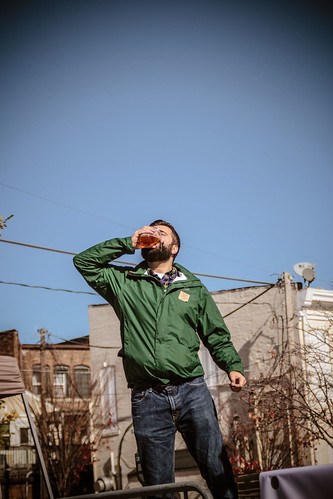 “Noblesville is known for having an abundance of great events,” said Owens. “This one will be for those 21 years and older, which we feel adds to the diversity of our event offerings. Ultimately, the goal of this event is to bring new people to Noblesville, showing off the great places and experiences we have to offer. Adding James and The Drifters to our stage will add another element that we’re excited to offer.”

Nickel Plate Arts and independent artisans and makers will host spaces within the event, alongside fashion-forward booths for all.

The Beards and Brews Championship is open to the public, those 21 years and older. Tickets are available at the event for just $15 per person to attend, includes admission and limited beer sampling from participating breweries. There is no additional fee to enter your beard in the “walk up” community category.

Beards and Brews raises dollars to support the initiatives of Noblesville Main Street, a 501(c )(3) dedicated to promote economic and cultural vitality of Downtown Noblesville.