Where can you dock your boat, disembark and settle down with your guests around a roaring fire pit, ready for a special drink and the night’s dining special? The Lazy Frogg, that is.

A promise of fun, personal attention and service and of course good food is offered by the newly opened Lazy Frogg, the former Old Waterfont Restaurant, located on Morse Lake in Cicero, Indiana. Seating almost 275 people both inside and outside, it features multiple deck and patio seating as well as inside and outside bars.

Proprietors Gregg Boyd and Chuck Goldfarb promise all those features and more. 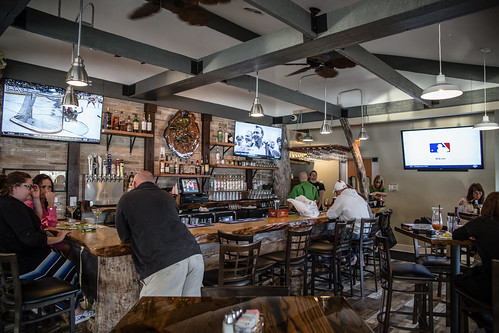 “The Lazy Frogg on Morse Lake is our full name actually. It has been a concept of mine totally centered on that lakeside location for many years. A friend of mine several years ago named Gary Kyzr Sheeley wanted to get involved in a real estate investment. He contacted me. We actually looked at several ideas. It was not a pretty site,” said Boyd.

Boyd, on his way to a law career, caught his family’s interest in real estate and development. “My family has been in real estate here in central Indiana for 125 years, beginning with W.G. Boyd Land Sales whom is credited with selling the first acres of land all around the monument in downtown Indianapolis before any buildings were built there. My mother’s father, Jack C. Carr, opened Jack C. Carr Realtors and had the largest real estate firm in Indiana and fourth largest in the country. My father, Guy F. Boyd Jr., along with my oldest brother, Jack Boyd, was involved with others in purchasing and moving the Century 21 concept from Irvine, California, to Indiana in 1976,” he stated.

“I embarked on additional projects from building houses to buildings, strip centers, residential land development and specific site development which is how I came to be involved in the Old Waterfront Restaurant site after it closed and was left to the elements,” he added. 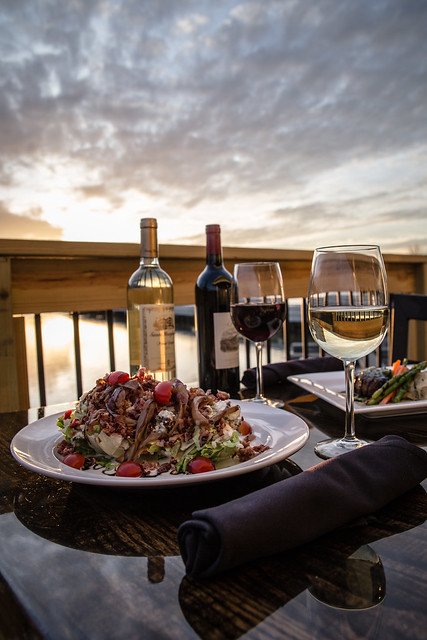 Now that dilapidated site shines on the northeast shore of Lake Cicero. “At first, I thought about just tearing it down, but then I decided to gut and renovate, though in retrospect after I found what I found and had to replace so much, it might have been a better call,” he recalled. “It was a total mess after we tore into drywall and insulation removal and could see the issues that mandated a total redesign. I sat for hours at night drafting and redrafting a design that I was hoping to be fun and uplifting.”

The outside is reminiscent of the east coast personal restaurants he and his wife Debbie have enjoyed while traveling. “I designed the restaurant as a Martha’s Vineyard style restaurant like you might see on the ocean.”

Key West makes a statement in the outside bar area.  “This will be a casual walk up, drive-your-golf-cart up or dock your boat up and full service outdoor standalone bar that we call The Shrimp Hut. It will open up in mid-May,” he noted. “If you are wearing sandals and a Jimmy Buffet T-shirt, you will fit right in.”

The interior has a story of its own as well. “I felt the wintertime was probably the main reason the prior owners didn’t make it longer term because the location on the water is so pristine and awesome. I wanted to make the inside bar special, but also feel warm and intimate in the cold winter months.”

The inside décor was swayed by the trees that dot the Cicero landscape. “I started drafting tree ideas for a bar…but then I had to source the material. And trees are not that easy to build with…nothing is true and straight.”

Fortunately, a personal contact told Boyd about a dead poplar tree hanging over a neighbor’s house just down the street north of the Frogg. Out of that 80 foot tree came a 900 lb. bar. “It was a human feat to get it inside the doors. We built the entire bar inside, four of us, out of that dead leaning tree,” he stated.

The other standing tall trees inside the restaurant are also from Cicero, and one is from the nearby town of Arcadia.

“I’m very proud of the bar we built. I think it’s pretty cool and unusual.” 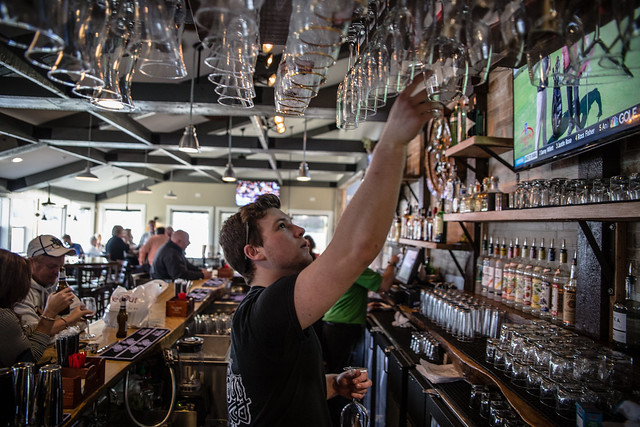 None of this progress could have been accomplished without Goldfarb, his partner. A current Carmel resident, Goldfarb is from Baltimore, Maryland. Boyd attributes Goldfarb’s energy in motivating him to move ahead with the restaurant renovation and pick up the plans he had once tabled.

“He is a great motivator. Chuck comes from the retail world with loads of experience in retail management. He is maybe not a restaurant guy, but I guarantee you within a year, he will be, and he will excel like he had been in the restaurant business for years.”

Diners will find affordable fare with a gourmet twist. “We won’t be fast food…but we won’t be expensive either….Dinners now are $9.50 to $27 for our most expensive steak dinner. We reserve half the restaurant every night and leave the other half for our walk ins. It has worked well thus far,” he noted.

Much of the current and future success will be due to noted Chef David Kay, former head chef at Astoria Waldorf in Naples, Florida, and the Conrad in downtown Indianapolis.

And the story behind the name? “That is a question I get asked most every night,” Boyd said. The name is a combination of a favorite northern Indiana restaurant, The Frog,

located on a channel on Lake Wawasee, and The Lazy Flamingo, a favorite place to eat while vacation on Sanibel Island in southwest Florida. The double gg’s on the name Frogg come from Gregg’s own surname.

What does the future hold for The Lazy Frogg? The Lily Pad and The Shrimp Hut will open in mid-May. The Lily Pad, a concrete outdoor patio serving adult only beer and wine garden, will feature live music several days a week. Signature drinks include “Whooch’s Shrimp Cocktail” and “The Pond Scum.”

A grand opening is also slated for Indianapolis 500 Race Weekend 2015.