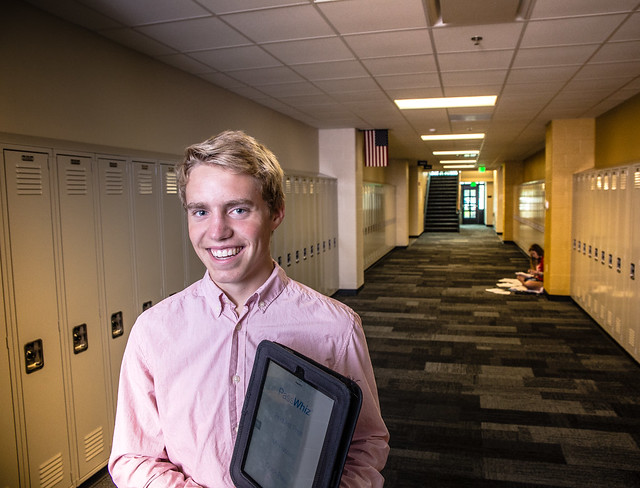 On a visit to the library with his mom when he was 11 years old, Zack Baker borrowed a book that would immediately captivate his attention and energies for years to come. “‘Computer Programming for Dummies’ was what I checked out,” shares Zack, “and I was obsessed.”

“Since Zack was a little kid, he’s been fascinated by computers,” says Cynthia Baker, Zack’s mom and a professor at the IU McKinney School of Law. (Zack’s father is a federal magistrate downtown.)

Now a senior at Noblesville High School, Zack says, “I wanted to learn everything I could about computers and programming.” 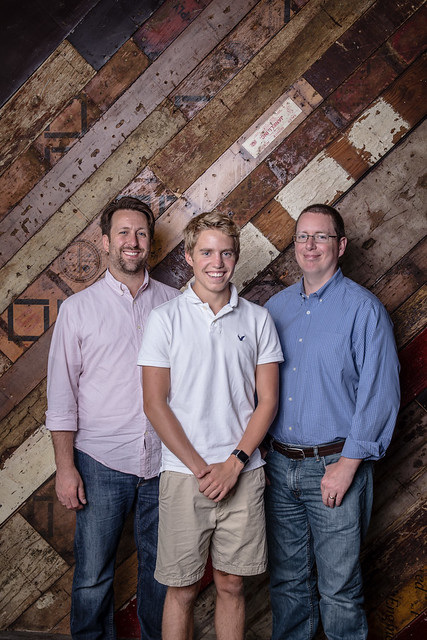 Zack is certainly in the right school system. Noblesville Public Schools was one of the first districts embracing the digital age with the #MillerShift initiative, creating a 1:1 ratio of student to iPad in grades 5-12. This reliance on apps and technology inspired Zack to create an app digitizing hall passes.

Knowing that he needed help to bring this idea to fruition, Zack walked into Launch Fishers one day and introduced himself. He had come to the right place. Baker was immediately connected to several people, including Mike Kelly with DeveloperTown and Eric White with ThinkMotile.com, a member of the Speak Easy in Broad Ripple.

“Zack’s a great kid, very bright and an excellent programmer,” shares White. “He has an intuitive gift at problem solving with coding, which is a key feature in a successful programmer.”

With the guidance of his mentors, PassWhiz became a reality. “NHS had a need for a better method of tracking students moving around the building,” shares NHS Principal Jeff Bryant says. “We became Zack’s customer. I met with Zack and explained to him our needs, and he responded with PassWhiz. Throughout the process as the customer, he showed us updates to his product, and we offered feedback. He responded to this feedback to create the app that we are now using. Zack is a true entrepreneur.”

“We could have gone outside our walls to hire a developer to create this app, but there was no need when we have students like Zack who can create a first-class app.”

Zack receives an average of one inquiry per week from schools interested in PassWhiz. For this interest, Baker credits social media. “Word of mouth in any industry is the best advertising,” says Baker. “This is also true for teachers, and that is where I believe my app is gaining awareness.”

Mentor Mike Kelly of DeveloperTown shares, “Zack has shown all the characteristics of a successful technology entrepreneur. He knows how to identify a real business problem. he then listens to customers to really understand their point of view and pain points, and he knows how to translate that into code. He’s not afraid to learn something new, try something and fail, and then do it again until he gets it right. He’s humble enough to know when to ask for help and gracious enough to say thank you in a way that makes you want to keep helping him.“

When the law firm Church, Church, Hittle & Antrim contacted a few area high schools about an app idea, not one school wished to take on the project of replacing a 1,500 page legal guide, but when Zack heard of the potential project, he was willing to give it a shot.

“As a premiere school law firm representing 30+ school districts, we wanted to develop an app explaining the law and how they apply to school educators and administrators,” says attorney Ryan Liffrig. “Zack submitted a proposal. We just launched the Android version this month.”

“INSchoolLaw was built for Church, Church, Hittle & Antrim to bring together state laws, federal statutes, select cases, client specific information and more – all together under one app,” says Zack. “It was a big project, but like the rest, fun. I couldn’t have done all of this without the support of my parents and my mentors. I am so grateful, and I owe them a lot.” 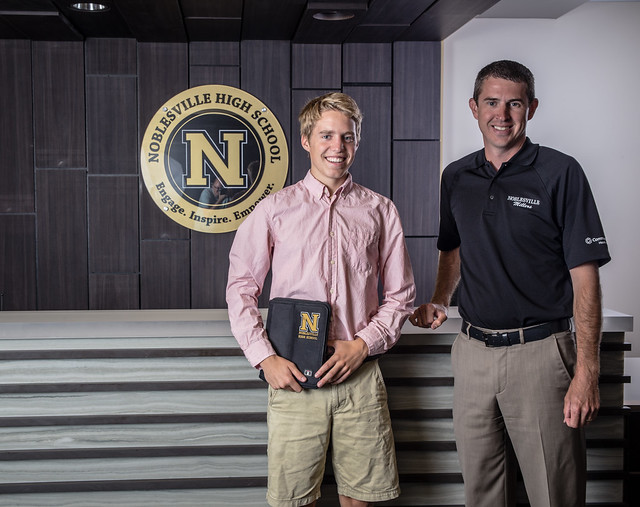 A Week Full of STARS