The statistics are alarming – 620,000 American veterans are reportedly suffering from Post Traumatic Stress Disorder (PTSD) or Traumatic Brain Injuries (TBI). Veterans are two times more likely to commit suicide than civilians, with an estimated 18 veterans taking their lives every 24 hours.

But there is help for these troubled men and women. In fact, Indiana is home to a unique program for these veterans, which is the only one of its kind in the country. 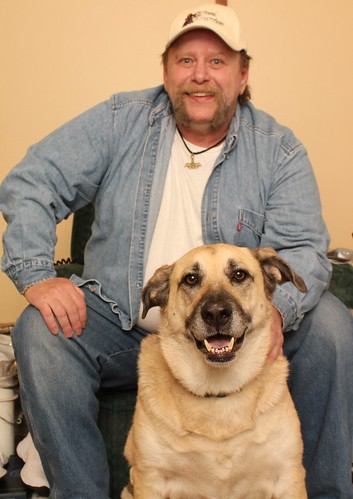 Pets Healing Vets, a program of the Humane Society of Hamilton County (HSHC),  serves vets throughout the state of Indiana. Qualifying vets can receive a free pet adoption of a carefully selected dog or cat based on their individual needs, including free training and follow-up care.

“Pets connect, protect, console, forgive and unconditionally love us,” explained Rebecca Stevens, HSHC Executive Director. “These animals can break through and help calm a vet with anxiety or social issues and provide security just by being there.”

The healing power of pets is undeniable. Research shows that companion animals have had a significant effect on individuals suffering from PTSD and TBI. Greg Sexton, a vet with PTSD and owner of Patton, a black lab mix, says the dog brought him out of his shell. “She’s there for me 100 percent of the time,” he says.

The HSHC has a special fund for the Pets Healing Vets program. Most of the vets involved are referred by the Counseling Department of the Veteran’s Administration (VA). But these same men and women are often financially or otherwise incapable of caring for a pet. The HSHC works closely with each vet to follow up on any financial and/or medical concerns with the pet. The pet adoption is free, often monthly food is free, and veterinarian care is subsidized—for the life of the pet. It is truly a mission which the HSHC believes changes and even saves lives on both sides of the leash. 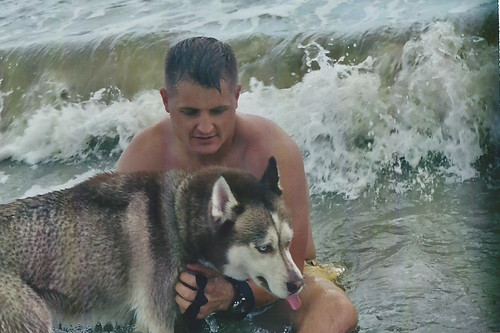 Justin & Megan Morseth understand the great need for vets and were the catalyst for the program two years ago. What should have been a joyous time in their lives, the birth of their baby, triggered severe PTSD depression in Justin that had him in his basement, about to end his own life. Their Siberian Husky, Samson, followed him downstairs and calmly laid his head on Justin’s lap. The dog stayed with him, calming him, and likely saving his life.

Megan later contacted more than 50 shelters in Indiana to work on a program for vets. Only the HSHC got back with her and thus the program was born. A small grant from the Tony Stewart Foundation got them started with a website and brochures for the VA’s use. The rest of the program, including vet bills, training, administration, pet food, and more, all comes from private donations. 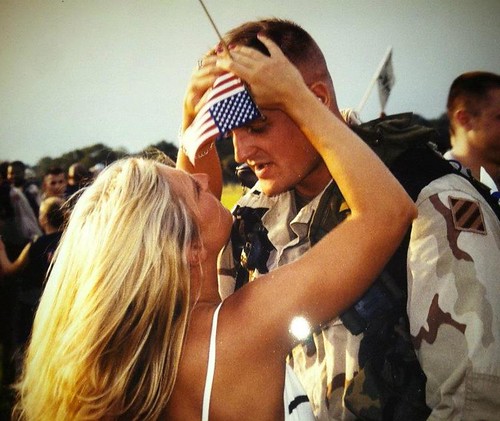 “We’re a unique organization,” said Stevens. “We serve Hamilton County as both Animal Control AND Humane Society. We are one of the few shelters in the U.S. that are both open admission [must take in every animal] and no kill. No animal is euthanized with a treatable medical condition or behavioral issue that can be rehabilitated. The county covers the first seven days an animal is held at our facility (approximately 27 percent of annual operating budget). However, HSHC covers 100 percent of an animal’s medical care for illness or injury from the moment they arrive and the cost of all care after seven days.”

Donations fund 100 percent of the care and feeding of all the animals, as well as three restricted funds. Pets Healing Vets is one such fund. The other two are the Building Fund – the center was already too small the day they moved in years ago – and the Survivor Program, a medical fund for incoming catastrophic cases such as a dog who has been hit by a car.

The HSHC is passionate about its unique Pets Healing Vets program. Stevens’ parents were both military so she feels a kinship with these men and women who continue to struggle with the after-effects of their service.

“They say you’re saving an animal,” said one vet in the program. “But they’re saving veterans too.”

To learn more or to donate, visit PetsHealingVets.com. Qualifying vets with PTSD or TBI must be referred by their VA physician.

Get Inspired by Fitness