For Fishers mother, wife and “why aren’t there more hours in a day” career woman Paula Hastings, there was a brief oasis during one those hurry and hurry some more moments on a recent Thursday afternoon. 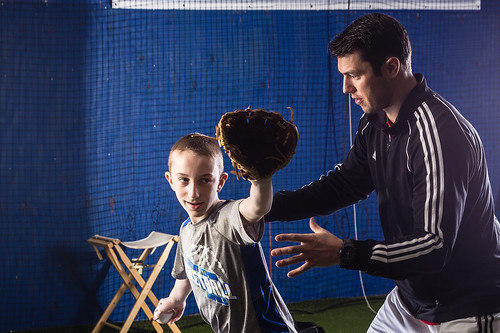 After leaving work at Community Health Network and scooting by St. Simon School on the northside of Indianapolis, Hastings and her 13-year-old son Nolan sped over to the Baseball Academy at the Strike Zone in Fishers. Following that 30 minute lesson in baseball, Nolan was expected at a late afternoon basketball practice on the other side of town.

So why the hustle?

“[Nolan] just loves sports,” said Paula. “Sports are important for him, and his dad and I believe sports teaches him life skills.”

An important component of these learning skills is the involvement and input from former major league pitcher Wes Whisler, a Noblesville native who has discovered the second chapter of his professional career as the owner of the Baseball Academy at the Strike Zone (12550 Promise Creek).

“I was always trying to think what I would do after playing baseball,” said Whisler who was drafted by the Chicago White Sox (52nd overall pick) in the 2004 amateur draft and pitched before retiring in 2012. “This seemed to be the perfect answer for me.”

Whisler purchased the Baseball Academy in the autumn of 2014 and has watched the facility steadily grow in membership and private and team tutoring (over 100 students). The school offers five other instructors who have played either in college or professionally. 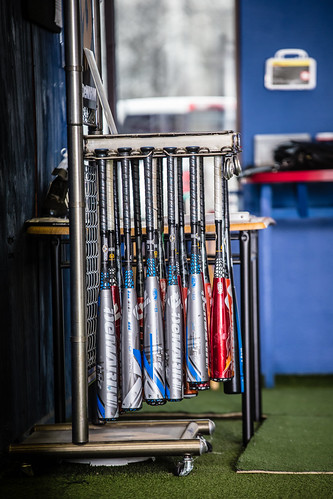 “We all teach the same philosophy,” said Whisler.

That philosophy holds up for those who aspire to continue their careers in college or professional baseball. It offers the same lessons on and off the field for those who are looking to improve their abilities for a junior or senior high school or a summer amateur league.

The latter is probably the case for Nolan, a lean athlete who was working on his catching skills during this private session with the affable Whisler. The catching drills move quickly and rapidly.

“Wes always makes him work harder,” assessed Paula. “He pushes them, but he also has a strong desire to make them better than they are. Wes shows what they can gain by working hard.”

Hard work has been a staple for Whisler since his days in the Lawrence Township. He and his family moved to Noblesville while Wes was in the seventh grade.

As a multi-sport standout in baseball and basketball for the Millers, Whisler received numerous awards including being named Mr. Baseball after his senior season at Noblesville. After visiting top baseball colleges such as Louisiana State, South Carolina, Arkansas and UCLA, the 6-foot-5 Whisler chose the latter. By going to college, he shunned being drafted as an 18-year-older by the Chicago Cubs in the 41st round.

Three years later after serving as a starting pitcher and designated hitter for the Bruins, the White Sox chose Whisler in the second round of the 2014 draft.

His trail to the majors was filled with potholes and frustration. Even after a 6-0 start in one season in the minors, his tour of duty with the White Sox was limited to just three games as a left-handed relief pitcher. One highlight of that stretch was striking out All-Star Matt Holliday. 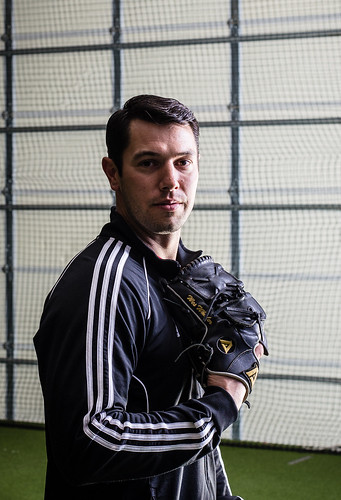 “Those were the best three games in my life,” recalled Whisler.

If there are any bitter repercussions from the long summer sessions of minor league baseball, they are well tucked away in the enthusiastic and energetic Whisler.

“It’s hard to be bitter when you made it to the majors for no matter how many days it was,” Whisler said. “Most guys never have the opportunity to play in front of 30,000 people. I did.”

Now there has been one bigger day in his life than the night that he fanned Holliday on a cutter. He and his wife Kara recently welcomed triplets – Molly Ann, Vivian May and Gwen Kimberly – into the Whisler lineup.

“We may need some more gloves someday,” admitted Whisler.

Missing from the Whisler personality is a major league ego. That missing component is happily greeted by clients.

“Wes is very humble,” said Paul while watching her son’s lesson. “He never talks about being a former major league player.”

Most of the Whisler scheme with his players involves physical techniques – including watching video of drills – and helping the players understand the grind of playing a game on a daily or weekly basis.

“Baseball is a long haul,” said Whisler. “You have to realize when a player is mentally cooked at this level or any level. We want to work with them on an individual basis and not focusing on them working one speed – hard, hard and harder. We don’t worry about hitting home runs and hitting 95 miles an hour on the radar gun.”

Members of the Baseball Academy can use a secret code to enter the facility during late night or early morning moments. Whisler admits he enjoys seeing players working out on videos of those private moments shared by one or a few athletes.

And he was delighted earlier this year when alum Miller Watson of Lawrence North was selected by the Kansas City Royals in the second round of the amateur draft.

But Hastings has seen the Whisler touch on all the participants of his academy.

“He is the same with everyone,” Paula said. “It doesn’t matter how good they are or if they will play baseball in the future.”

Get a Jumpstart on Spring / Summer ...