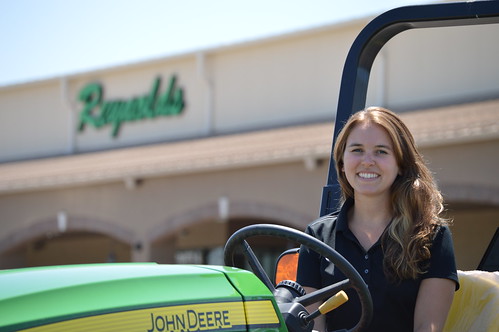 As Reynolds Farm Equipment approaches its 60-year anniversary, they aren’t slowing down. In fact, the new location in Atlanta is set to hold its grand opening in late August. The store officially opened its doors in January.

The company, with nearly 250 employees, recently moved its headquarters to 1451 East 276th Street to a 62,700-square-foot building where it employs 90 workers.

“We are in a great location for our customers,” Marketing Manager Erica Evans said. “The convenience of being located off US 31 and the fact that we have a parts, service and sales department is a great benefit for this prominent agricultural area.”

Evans mentioned that the new facility, which is in the old location of Buckaroo Boot Company, also services Kokomo, Atlanta, Tipton, and Sheridan areas and carries John Deer, Stihl, Honda, and Valley Irrigation lines. The Sheridan store location was closed in anticipation of the new Atlanta building.

The facility is also providing another service: breakfast and lunch. The Combine Cafe opened in April and provides homestyle cooking Monday though Saturday, 6:30 a.m. to 2:30 p.m. Breakfast is served until 11 a.m. with special $2 menu items. 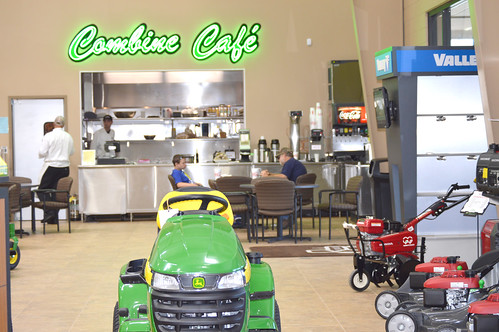 “We have anything from biscuits and gravy to chocolate chip pancakes for breakfast and club sandwiches to hamburgers for lunch,” Evans said. “We also have daily specials. I would describe the food as having a country feel.”

The down-home appeal doesn’t stop at the food: the company is still family-owned and operated after three generations. A.W. ‘Mac’ and Arline Reynolds opened the first store in Fishers, Indiana in 1955. The Fishers location housed the headquarters until recently and has become synonymous with its Christmas lighting display, which will remain in Fishers. The new Atlanta location will not include a Christmas light display, according to Evans.

There are seven immediate family members working for the company and most are now at the Atlanta location. Also, the corporate managers will now be in one central location.