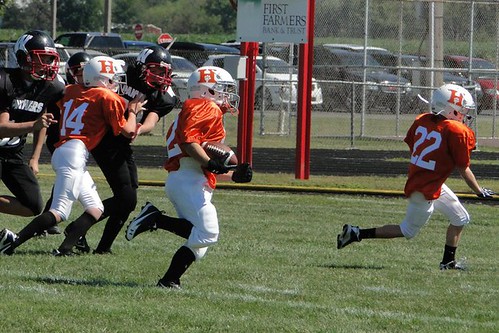 Girls, boys, and coaches alike are ready to charge into the 2014 fall season of the Hamilton Heights Youth Football League. A new season is set to begin August 4. Opportunity for team play in flag football, contact football and cheerleading activities abound.

Founded in 1969, the award-winning league in Arcadia is based at the Hamilton Heights Middle School complex, where it draws upward of 300 children to participate each season.

The goal of the league is to build a sense of community while offering all K-6th grade students a chance to play, regardless of athletic ability, sex, or family income. (Scholarships are available for families who cannot afford to pay.)

“We are anticipating another great season!” says Doug Ozolins, president of the HHYFL. The league took a state title in 2011 and Ozolins and his coaches are ready to do it again. But that is not what is uppermost on Ozolins’ mind. His first issue is safety. “We take the matter of safety very seriously in our community—especially concussion awareness. Our school system has mandatory clinics for players (of all sports) and their parents to address the issue of head injuries,” says Ozolins. 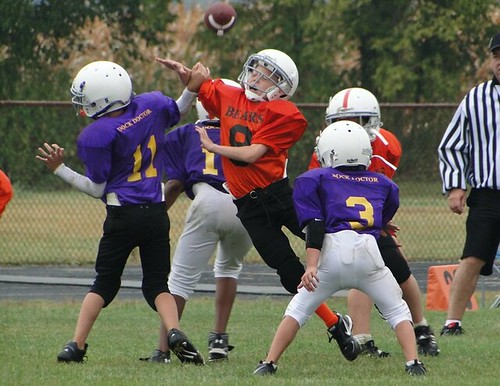 Through the HHYFL’s affiliation with USA Football, more attention than ever before is now paid to preventing injury and to concussion awareness. In the past two years, all helmets have been replaced with the newest generation of protective helmets. The HHYFL player safety director just recently attended USA Football’s player safety coach training in Chicago at the Chicago Bears training facility, also.

In the season ahead, HHYFL will continue emphasizing “Safety First” as coaches teach the young boys and girls who live and love the game the true value of competition, commitment, and teamwork, while they simultaneously build on the great sense of community in Northern Hamilton County.