Other
Home›Other›Meet the “E” Team: Are They Doing A Good Job Selling The City?

Meet the “E” Team: Are They Doing A Good Job Selling The City?

Ask Tim Joyce to talk about evidences of economic growth in Lawrence and, in due time, you’ll hear about the popcorn. “When I was young, on Sunday, we got to make popcorn,” recalled the mayor’s chief of staff and director of the city’s economic development strategy during a conversation with Lawrence Community Newsletter. He explained, “You put the oil in the bottom of the pan, and you heated it up, and dropped the corn in, and then it simmered, and then you got a kernel or two to pop, and then all of a sudden…”

It’s Joyce’s favorite metaphor to illustrate his contention that Lawrence’s jobs and economic prospects—-while long simmering—-are, indeed, popping. “It’s not just my opinion, and it’s not just happening in the immediate area of the Fort. These things are happening in other parts of Lawrence too,” referring to the recent uptick in construction projects that suggests there is some measure of momentum that is beginning to build—-literally and figuratively.

On a cloudy October day that ground was broken for a single-family housing development in Lawrence Village at the Fort, Joyce and his fellow economic cheerleaders—the city’s economic “E” Team, if you will—met with this writer to discuss how the city is faring with economic growth. Joining Joyce at the table were Jessica Tower, executive director, Greater Lawrence Chamber of Commerce, and Freddie Burris, executive director, Ft. Harrison Re-use Authority. Chris Barnett, president, Lawrence Community Development Corporation, was interviewed earlier by telephone. No popcorn was served. “When you unite and become a team, the effort is going to be stronger,” Burris declared—a sentiment shared by the others. “We bounce ideas and discuss things that go beyond what each are personally responsible for,” said Barnett. “We get in a room and talk about it and everyone comes away with a sense this is how we fit better together than working independently.”

It is tempting to compare Lawrence to other Indianapolis satellite communities, several of which have experienced explosive business and residential growth. But, Joyce argued that Carmel or Fishers or Greenwood are significantly larger cities with much different socio-economic profiles. “I think Lawrence is different because the Fort was always in the center,” said Joyce. “If you look at the other middle-of-the-state kind of communities… they are growing on cornfields and soy bean fields, and what we’re doing is growing out from what used to be a military base. And that makes us very different.“ Which prompted this question for the “E” Team: Do you get annoyed when people say Lawrence is never going to ‘get there?’ “I don’t believe it—-that just kind of bounces off of me,” Burris countered. “I know how hard (our team) works. I don’t get involved in that conversation. I just know that it’s going to happen. We’re not talking; we’re building.”

Recent building projects include Fort Harrison Office Suites, a mixed-use retail and office complex and soon-to-be home to Jocomo’s Upper Crust Pizza; Doctors Express medical complex, which will grace the corner of Pendleton Pike and Sunnyside Road, a much-welcomed improvement over the abandoned Village Pantry eyesore; and Residences of Lawrence Village at the Fort, the aforementioned housing development where 74 two-story, wood and brick structures will soon rise on property adjacent to Triton Brewing Company. Michael Lueeke is division president of David Weekley Homes, the Houston-based builder developing the approximately 2,000 square feet-sized homes. “You know, there’s really no detached single-family units around here, so we thought it was a great redevelopment opportunity for us,” he explained. “We just thought it was a fantastic site for us and we kind of like these niche kind of products where we can come in and create walkability.” 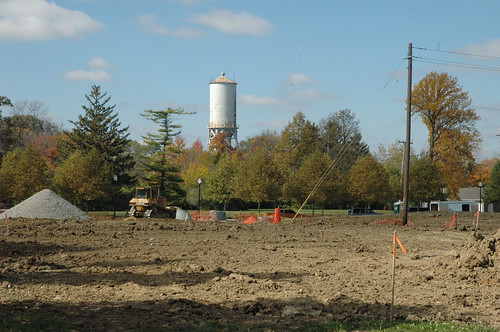 From her Chamber perch as Lawrence’s leading business advocate, Tower has noted an important shift. “What I’ve seen is that, as opposed to the Re-use Authority having to go to people (and I’m sure they’re still going to people), it’s reversed. People are coming to them. And, I think that’s because of the message getting out.” Two Lawrence Common Council members, however, suggest that the city could do a better job of selling itself as a commercial destination, and that large parts of the city are being ignored in the hunt for job creation.

Councilman-at-large Tom Shevlot said a $50,000 marketing plan endorsed by the Ricketts administration was never pursued for what appears to have been a political motive. “It was scrapped because it was done by the old administration,” said Shevlot, a Republican and chairman of the Budget & Finance Committee. “Elections have consequences and the news administration didn’t like the plan. SO my question is if you didn’t like it, what’s your plan?” Shevlot also suggested that current economic development successes are more a product of lucky timing, rather than proactive marketing. “I’m not going to say there hasn’t been any work done by the administration on getting some projects. But, a number of projects just happened as a result of commerce. They weren’t proactively sought out to come and move here. We’re in a situation where we need to proactively get hungry and aggressive because all the counties around us are doing this. That’s what we’re competing against. We need to be sharp and crisp about why we believe there’s a better opportunity here.”

District 1 Democrat Councilman Carl Barnett’s complaint is geographic in nature. He represents citizens who live south of 56th Street who, he said, are often invisible except during elections. “My district gets the ‘dump on.’ When you don’t turn your head that way—which Lawrence is known for—and, Indianapolis doesn’t look this way because we’re kind of in a corner, so they say, ‘Well, that’s their business.’ When your projects are always above 56th Street, I have an issue with that.” 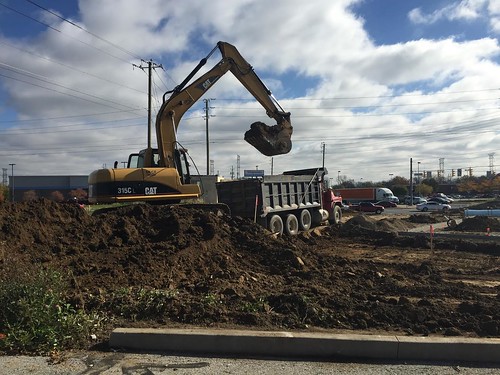 Politics aside, the “E” Team contends that its economic message is compelling: a city where new housing options allow employees the opportunity to live nearer to work; a township with quality secondary and community college education options; neighborhoods where CDC grant money is being used to knock down abandoned houses, and tired business districts are updated with façade and signage improvements; a spectacular state park; and community-wide entertainment options like Fridays at the Fort. “We’ve got such wonderful assets here that we’re starting to capitalize on those, and the secret’s out of the bag,” offered Tower who, along with her colleagues, has a hotel, grocery store and library branch on her Lawrence wish list.

Ultimately, it’s about shovels turning dirt—-the one true measure of successful economic development. For Joyce, Tower, Burris and Barnett, those spades can’t pierce the ground fast enough. “The dirt’s going to turn and more people are going to come. I think the answer is we’re past the promises now,” said a smiling Joyce.

At Home for the Holidays with Belle ...

LNHS Girls Basketball is Ready for Another ...