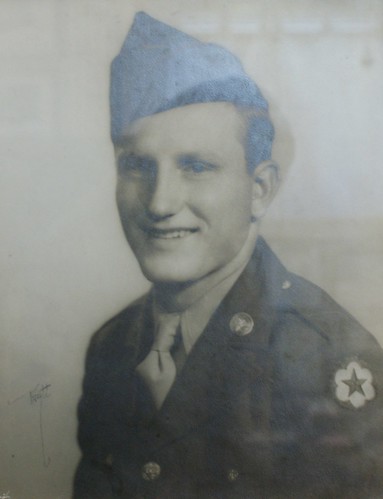 Seventy years after serving in Patton’s 3rd Army, U.S. Army Medic Andy Anderson is taking a historic trip back to Germany to commemorate the 70th anniversary of the liberation of Buchenwald concentration camp.

Andy Anderson began his high school education at Cathedral, but after flunking his Latin course, he transferred to Broad Ripple High School.

“Cathedral was very strict about its athletes passing classes, Latin was not my strong suit and I played basketball and baseball,” said Anderson. “Instead of sitting out from athletics my junior year at Cathedral, I spent the last part of my high school years at Broad Ripple.”

Having been drafted in December of 1941, Anderson missed his spring graduation ceremony. He received his diploma a couple years later in 1943, while dressed in uniform.

“At the ceremony, the school made a big deal about me being in the Army and what I was doing. I was so embarrassed,” recalled Anderson, who still turned pink in cheeks when talking about the day.

Interestingly, Anderson spent a portion of his training as a member of the Canadian Armed Forces.

“You see, the U.S. Army did not want the American people to know they kind of training we were doing, so we did this training with Canada,” said Anderson.

The training dealt with mustard gas, heavily used by the Germans during WWI. The Allied forces feared it would be used again. During these exercises, Anderson’s team was sent into a Canadian forest and were exposed directly to mustard gas. One unfortunate soldier did not have his mask on securely and died during training.

“I still have the burn marks on my skin from the exposure.” said Anderson. 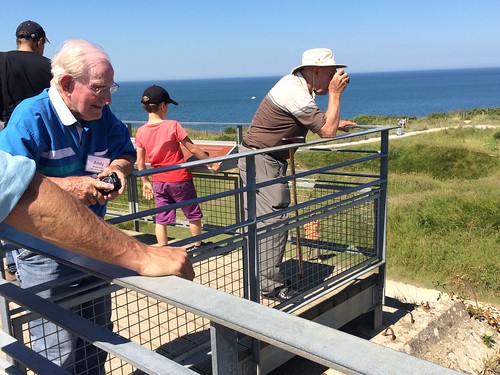 Before landing along the French coast, Anderson’s unit, the 94th Medical Gas Treatment Battalion, was stationed for a little more than three months in Pontypridd, Wales.

“There were no buildings for housing in Pontypridd so we stayed with families. I still keep in touch with the family that boarded me,” said Anderson.

Another member of Anderson’s unit, 1st Lt. Howard Doepke recalls, “I was standing in a parking lot in Pontypridd and looked up because the sky was almost black with Allied aircraft heading to Normandy for D-Day.”

Anderson and his unit crossed the English Channel, landing at Utah Beach, Normandy, 10 days after D-Day. Assigned to Patton’s 3rd Army, they moved at a brisk pace across the European peninsula.

“Patton was always in a hurry,” said Anderson. “We did not stay anywhere very long if he could help it.”

Anderson would stay with the 3rd Army until the end of the war. Working the front lines, Anderson never carried a weapon, only injured soldiers to the safety of the medic tents.

“We were front line medics, and when I say front line, I mean it,” said Anderson. “We had two anti-aircraft and an ambulance unit attached to our M.A.S.H. unit.”

Anderson’s medical unit also mobilized dogs and sleds with wheels underneath to aid in retrieving the wounded from battle.

“I took care of so many injured soldiers,” said Anderson. “Many of these kids were only 18 or 19 years old, and I had to help place those that didn’t make it into body bags.”

Anderson recalls being surrounded by the German army while holed up in Bastogne during the Battle of the Bulge. “We went for 10 days without food,” said Anderson. “But I can’t complain, I survived.” 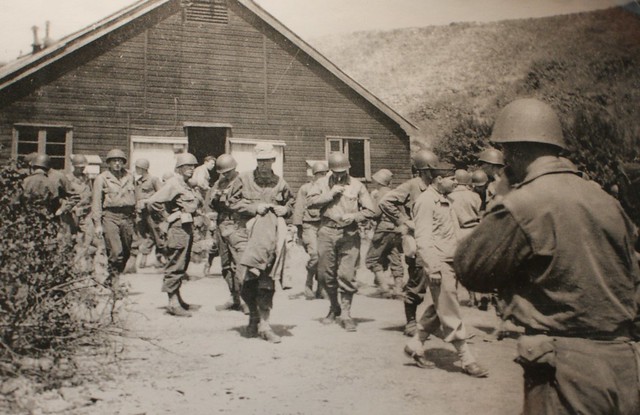 While moving swiftly through Germany, the discovery of a mustard gas depot put Anderson’s intended skills to the test as they disabled the bombs, apparently left over from a few decades before, but still potentially fatal.

“It looked as if it was a back up weapon or something that could be used,” said Anderson.

Another interesting discovery was that the German military had engineered functional jets for combat. “We found a jet under camouflage netting hidden in the forest near a battle site that exceeded the capabilities of our planes at the time,” said Anderson.

On April 11, Anderson was part of the 3rd Army that liberated Buchanwald concentration camp, which was one of the largest.

“It was devastating. I was among some medics that stayed to care for those that survived that horrible camp.” said Anderson, who has photos of the atrocities he witnessed. “You just can’t imagine.”

“Today, the only thing left standing are the ovens and the entrance,” Anderson added.

In contrast, while in Germany, Anderson met performer Marlene Dietrich.

“That was something,” said Anderson with a smile. “She was with the Red Cross and was entertaining the troops, but her main goal was to find her mom, which I believe she did.” 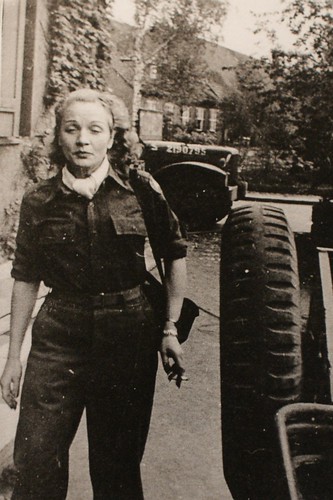 Dietrich, born in Germany, was outspoken against the Nazi party and feared for her family during the War. She immediately volunteered to entertain troops, starting in North Africa, before working her way to Germany to locate her family.

“Doing what I did, and seeing the things I saw was quite remarkable for a young man of my age,” shared Anderson of his WWII experiences.

Once Anderson was sent back home, his unit prepared for the invasion of Japan, but the atomic bombs were dropped. “I was grateful for those bombs, as horrible as they were, they did save lives,” said Anderson.

Now at age 92, Anderson is preparing to go back in April to visit Buchewald, to commemorate the 70th anniversary of its liberation.

“I consider myself the luckiest guy in the world” says Anderson. “This trip I get to be wined and dined, which is a nice contrast to what I experienced 70 years ago.” Adding, “Germany is a beautiful country and the people are wonderful. They just had a horrible time for a while, and that is long gone.”

Anderson’s trip to commemorate the 70th anniversary of the liberation Buchenwald is sponsored by IndyHonorFlight.org.

Andy Anderson’s story is one of 84 Indiana WWII veterans featured in “WWII: Duty, Honor, Country” by Stephen Hardwick and Duane Hodgin, available on BarnesandNoble.com and amazon.com.

The Gordon Pipers: A Family Tradition

Molding Minds and Making a Difference