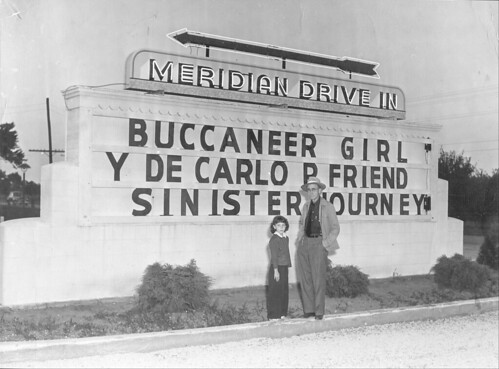 Writer  /  Joyce Long  .  Photos  /  Submitted
When stopped at one of the many traffic lights on State Road 135, I often think, “This should be simpler.” When my family moved to Center Grove 27 years ago, Meridian Street’s landscape in Johnson County featured a new Marsh Grocery (now LA Fitness), Orchard Park Golf Course with Dhondt’s Willow Creek Nursery next door, and Dannemiller’s Hardware (Aldi’s new location). Center Grove resident Mary Smith remembers a simpler time. When her husband Larry and she moved here in 1954, Olive Branch Road was only gravel with no housing additions. “In the evening if there were three cars on Smith Valley Road headed to Greenwood, there had to be a party somewhere,” she said.Deette Wren Durbin also remembers SR 135 and SR 37 were the only paved roads in 1951. “You didn’t even go down Olive Branch Road if it were raining,” Durbin said.

Lodema Lines shared that her family would frequent Bargain Bob’s located on SR 135’s east side to buy their school shoes and then visit the Villa Heights DQ. A bigger treat was the Meridian Drive-In, located on the land now occupied by Kroger and Meridian Park. “We would back in and flip down the back door of our station wagon and arrange the blankets and pillows and eat our White Castle burgers and fries,” she said. “Then off to the playground we would run.” Lodema’s family watched the film and at intermission bought chocolate malts.

Fairview Rd. & SR 135
For Francie Browning Faires, the Meridian Drive-In, with its 375-car capacity, provided more than entertainment. Her grandfather Leander Browning opened it July 14, 1950, soon after his wife Katie died. For 30 more years, the drive-in would entertain crowds. Janet Hommel Mangas shared that local churches would collectively hold sunrise Easter services there. Faires remembers the song “Beer Barrel Polka” once played simultaneously with a sermon. Her father raced to the control room.

In 1964, Browning Orchard on the east side of SR 135 was reconfigured into Orchard Golf Center, now celebrating its 50th year. After their peach trees became diseased, Faires’ father John envisioned a recreational center. “Dad loved building things, especially the golf course,” she said. In the 1970s, the center built a $50,000 slide.

“When I was in high school they built a big fiberglass slide one summer. You would sit on a burlap sack and fly down. I’m guessing it was about 30 feet high. Orchard Golf Center was always a fun place to hang out and play putt putt,” Bill Cragen added.

In the late 1980s, John Faires sold the land west of SR 135 to Kroger, knowing his wife wouldn’t be able to maintain their orchard’s remaining trees. The 800 apple and peach trees once dominating both sides of the road faded into history. However, the Browning family home, a former Center Grove one-room schoolhouse now over 100 years old, still graces the east side of SR 135 across from Fairview, where Francie Faires still lives. “Because of the memories, I like living where I grew up,” she said.

When Spence and Linda Tuttle moved to Center Grove in 1973, all roads were two lanes. When they returned home from their Indianapolis church, they’d slow down at the corn field and then pig farm, now Sable Ridge, before turning right at Fairview Road, unlit and half gravel, half paved. From their back yard, they could see the drive-in’s screen but not the movie.

Smith Valley & SR 135
The Smith Valley Road intersection sported popular places. Ruel West, a CGHS ’58 graduate, owned the Phillips 66 gas station where Walgreens is now located. Long-time Center Grove resident “Tut” DeBaun remembered the area during the 1978 blizzard. “It was just a two-lane road,” DeBaun said. “The county bulldozed a tunnel and cars had to go single file.” Adams Corner with its grocery and hardware supplies anchored the southwest corner. In the mid-1960s, Union Bank and Trust and Waldon Pharmacy were also located near the intersection.

Dairy Queen, first located on the SR 135’s east side, was also a favorite destination. “My favorite memory was leaving Center Grove Little League when the fields were behind Mt. Auburn Methodist Church and heading to the DQ to get a helmet sundae, coach’s treat. There was nothing on 135 between Stones Crossing and the DQ. It made the ride feel like it took forever even with us all piled in a car or two and some even in truck beds,” explained Chris Clark.

Stones Crossing & SR 135 South
Jeff Beck, author of “Center Grove: Unveiling the Past,” fondly recalls Rund’s Grocery located at the southwest corner of Stones Crossing and SR 135. “It was two stories and sold about everything,” Beck said. They even ran ‘huckster wagons’ that delivered to those living in the country.” Across the street, one of Rund’s sons opened Jiffy Whip Ice Cream, a popular hangout for Center Grove students in the late 1950s and early 1960s. During that same time, a lodge was located where McDonalds now sits. Also in that area was a glass replacement business owned by Stan Puckett.

Near Whiteland Road, Porter’s Barber Shop was located about a half mile south of the current CVS store. Elmer and his wife, both barbers, were known for their quick haircuts. “We always joked that you could drive by and stick your head out and get a haircut,” said Beck, a 65-year Center Grove resident. He also remembers SR 135 being called “Three Notch Road” by Bargersville old-timers. According to legend, three notches were carved on a tree to indicate a trail.

When an old Center Grove schoolhouse was recently bulldozed at Smokey Row Road and SR 135, Jeff wished that historic landmark could have been saved. “I should have been born 50 years earlier because I’m happier with simpler times,” Jeff said.

With ongoing construction, the landscape along SR 135 continues to fluctuate. “Things just change and you live with it and don’t think too much about it,” Mary Smith said. Fifty years down the road, different SR 135 memories, perhaps involving the first smart cars, will bring smiles to Center Grove residents.