The Genesis of a Team 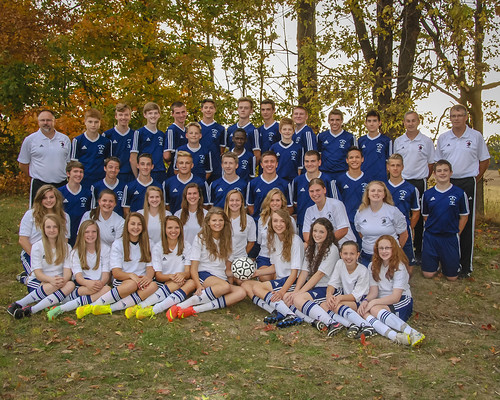 Spiritual Foundation
Genesis United Soccer Club is one such opportunity on the southside of Indianapolis. Founded in 2011, their mission is to develop Christ-like character through the disciplines of competitive soccer.

“A group of parents desired to start a club that was board-directed which allowed the coaching to be separate from the administrative aspects of the club. It is a ‘club’ in the sense that we offer varsity men’s and women’s teams and a JV team,” said Steve Dyer, player parent and assistant coach for the men’s team. “We belong to the IHSA [Indiana Homeschool Soccer Association] which is a homeschool fall league, but we also play about half our games against IHSAA teams.”

“The strength of Genesis is the spiritual foundation of the organization,” explained Matt Hogan, the Club’s manager. “Genesis is intentional in providing an environment where an athlete can grow both spiritually and physically. Life principles are taught through a sport while also providing leadership opportunities for all players.”

For instance, midway through each practice, a player leads the team in a brief devotional about a life-applicable topic. Each player is given this opportunity at least once during the season, which “is not only an opportunity to lead their peers but also enables spiritual growth to occur together as a team,” said Hogan. 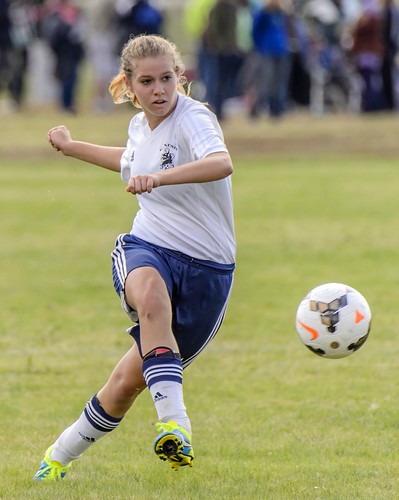 Kicking Down Hurdles
As one might imagine, there were obstacles at the beginning of the Club’s creation. “First, new organizations have to develop their mission and purpose. Genesis has had to determine how competitive we should be,” said Dyer. Playing against stiff competition throughout the Indianapolis area, the Genesis teams consider themselves to be on par.

Another obstacle Genesis faced early on was how the Club was perceived by other teams as well as by the community. “Genesis has also had to deal with our outside reputation,” Dyer explained. “Most people don’t understand that homeschool clubs can be very competitive. When we played a U17 team from Zionsville recently, their coach came over at halftime, and said, ‘I don’t think our guys expected your team to be this good.’ Of course, it was a compliment, but it shows that expectations aren’t always very high for homeschool sports. We’re trying to change that!”

Men’s head coach Scott Eickman also spoke to the Club’s competitiveness. “Genesis has carved out a niche of playing competitive soccer in an environment that is not expected to be competitive. We are highly competitive while holding on to values. ‘How can I play/coach in a Christlike manner?’ is a question we ask ourselves,” he said.

Resources are another hurtle the Club has had to traverse. “One of the other obstacles of homeschool high school sports is that we are not funded by tax dollars like the public schools. Our revenue comes from parents and business sponsorships. This hasn’t impacted the level of excellence provided to the team but does require extra time and money from the families,” said Hogan.

More Than Soccer
Extra money and time aside, parents are excited to have their children play for Genesis due to its footing based in Christ. Caryn and Mark Felber’s son, Caleb, is a junior this year and one of the men’s team captains. “For Caleb, Genesis has given him a competitive outlet to improve his soccer skills and much opportunity to develop leadership skills, all in a setting that is openly Christian in its focus,” said Caryn.

“The leadership is the best coaching staff in the league!” said Caleb. “They have brought these teams to a high level of playing that has gotten recognition. Also as important, they stress a spiritual side as well.” 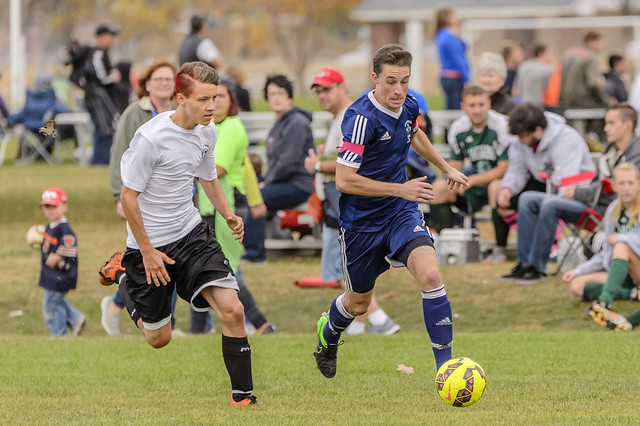 Focus on Faith and Family
In addition to its focus on Christ, the Club also strives to unite players and their families together off the field as well. “For our family, it has given us opportunities to meet and fellowship with other families. We cheer together, pray together, eat together and encourage each other in the Lord,” said Caryn.

Caleb added, “My best friends are my teammates. On and off the field, I hang out with the same guys. The closest friendships I have in my life are with some of the guys on my team. This club is not just my team, it’s my family.”

To learn more about Genesis United Soccer Club, check out their website at genesisunitedsoccer.org.