Sometimes a football player can live through the perfect game and day.

Even an offensive lineup.

Let’s examine such a contest that Purdue center Pete Quinn enjoyed on a blissful September season opener at Ross-Ade Stadium in 1979. The foe was Big Ten rival Wisconsin and the sixth ranked Boilermakers were meeting pre-season expectations, bowling over the Badgers.

For Quinn, the eventual 41-20 conquest was step one toward perfection.

But before the bout concluded a shocking development occurred when a Purdue running back coughed up the football in the Wisconsin end zone. Quinn pounced on the loose football like a starved bear. Touchdown, Purdue. Touchdown, offensive lineman.

As the delirious Boilers celebrated on the sidelines, Quinn’s eyes strayed into the nearby stands. His attention focused on one of the 65,002 fans. She was a blonde. A beautiful blonde.

“She was stunning,” remembered Quinn, who got word to the girl that he wanted to invite her to a campus party that night.

“I was shocked she came,” the still excited Quinn said. “But when I asked about her major, she told me she was in high school. She was just 17. That ended that date.”

However, this tale eventually finished on a high note. Susan enrolled at Purdue and met the gregarious Quinn. The two started dating, would later marry and reared three children from their spacious home in Geist.

This one story illustrates the life of Pete Quinn. Charming. Funny. Talkative. A team and fan favorite. For example, take last month when he was surrounded by Boilermakers for his induction into the Indiana Football Hall of Fame. The 58-year-old can be a Master of Laughs and Good Times. After quarterback Mark Herrmann provided a lengthy greeting of Quinn, someone remarked that it was the longest anyone had heard the soft-spoken Herrmann speak. That caused teammate Bart Burrell to counter that “it was also the longest Pete has been quiet.”

Such is fabric of Quinn while at Scecina, Purdue and the commercial real estate world. He is part of the Boilermaker folklore from 1977-80 that featured coach Jim Young, the tenacious Junk Defense of assistant Leon Burtnett and the quarterbacking of Herrmann. Not only was Purdue ranked in the Top 20 for three successive seasons, but they were 3-0 in bowl games and consistently played before audiences of over 65,000. 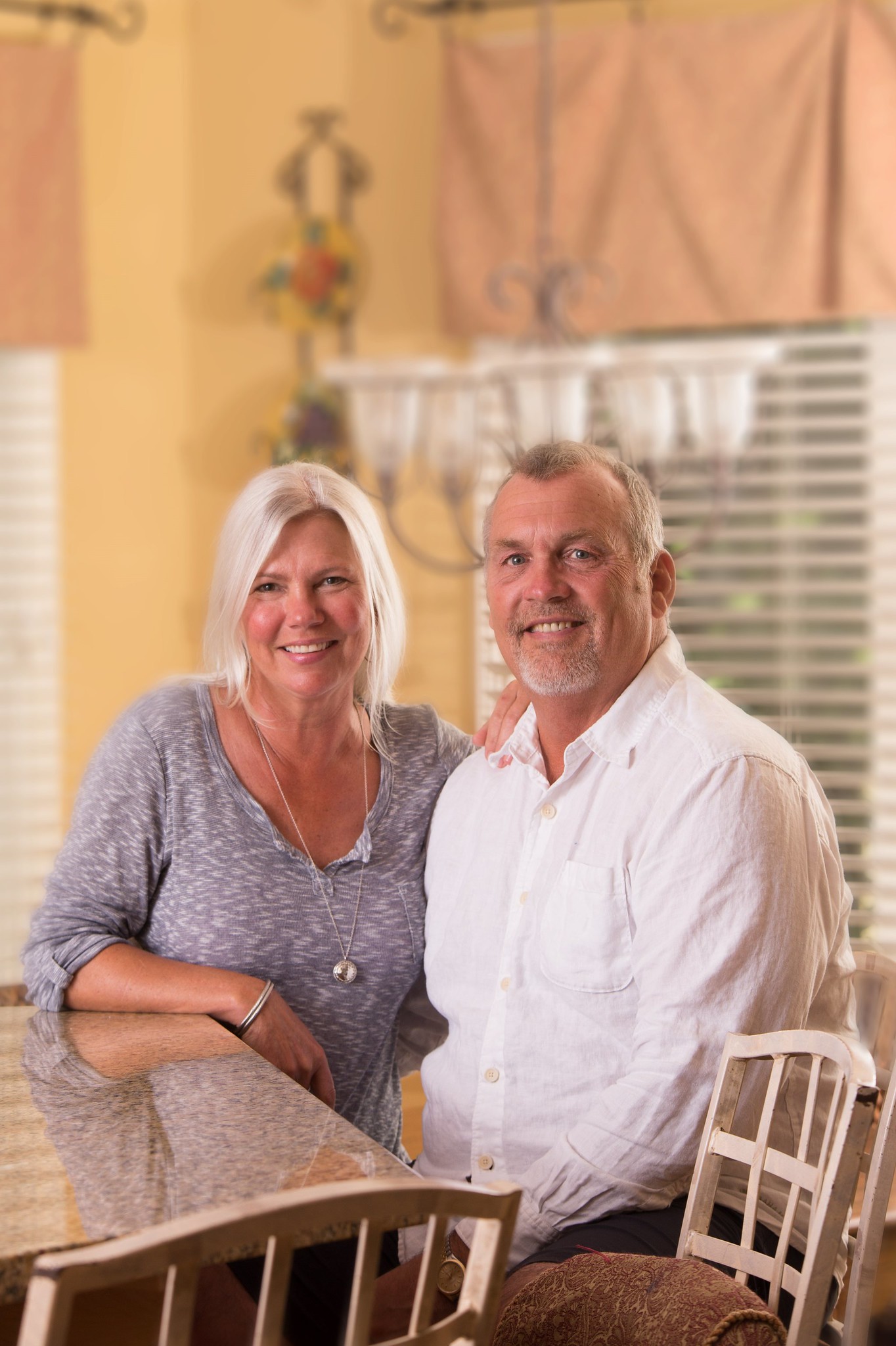 Not to be forgotten were the enduring scripts authored by No. 63, the starting center. Quinn rose to a fan favorite as started a tradition at quarter breaks when the offense was on the field. Once the period ended, he would sprint as fast as he could to the opposite end. By himself.

“The fans were hoping that we had the ball on the one, so I would have to run to the other end,” he said laughingly. “But I think we may have started the wave back then. The fans would get up when I ran in front of them.”

The Quinn novel started when his Irish Catholic family lived on the then bustling eastside of Indianapolis. The family home was at 21st and Post, blocks from Warren Central and years in front of a changing community. After playing lineman as a 125-pound eighth grader in CYO, Quinn followed family footsteps to the private, Catholic setting of Scecina. He was a two-time captain, borrowing work ethic from his father who taught son to always play with effort.

“Always run on the football field, he said,”

But while all-city performer received inquiries from Notre Dame, Purdue, Indiana and Ball State, there were no college scholarship offers for several weeks.

“I was concerned but a coach at Butler told me not to worry,” recalled Quinn. “He said something would happen.”

So, it did when 1976 began unfolding. Quinn was invited to Notre Dame (his dream school) and met with Irish coach Dan Devine. “It was not a good visit,” he said. “It was heartbreaking.”

But good fortune came when then Purdue coach Alex Agase asked Quinn to his office in the spring. Weighing just over 200 pounds and only about 6-foot-1, Quinn bought shoes with two-inch heels and strapped on extra clothing.

Apparently, the makeover worked. A scholarship ensued and when he reported to training camp a team official questioned Quinn about his reduced height and weight.

Quinn painfully recalls being the 11th center out of 11 centers on the team roster. But during that red-shirt season, he rose to the No. 2 position and headed into his sophomore campaign with hope. Hope appeared to become reality when the third game against Notre Dame arrived.

“It was the night before the game and coach Young came to my room,” Quinn said. “He said our center had the flu and that I was going to start. I called all my family to tell them about it. But then before the game, the center showed up. I was crushed.”

After his dad “talked me off the ledge,” good fortune arrived two weeks later. Quinn moved into the starting lineup at touted Ohio State. A rout ensued (Ohio State, 46-0) but Quinn performed admirably against an all-American Buckeye defensive tackle. However, after one of his blocks buried the talented foe, Quinn launched a brief celebration on the field.

“We watch the film and coach Young had the block rewound and rewound, showing it five times,” said Quinn. “I was scared I was in trouble for celebrating when we were losing. But coach said that he wanted to find 21 more starters who played with that kind of passion.”

The football career expired after the senior season. Surgery scared off potential draft suiters, though that size issue probably would have reduced the Boiler center to being a late pick. There were no draft combines in those days and money was scarce for those who ventured into backup roles.

“Sometimes I wish I would have given it a shot,” admitted Quinn.

But his business career has been a solid replacement. Quinn and his commercial real estate partners have morphed from Summit Realty to Cushman and Wakefield to Colliers International. All have been rousing success stories. In the meantime, Pete and Susanne have sent all three children (Peter, Kristen and Hanna) to, of course, Purdue.

Quinn has remained in the starting lineup at Purdue. This fall will be his 25th season as an analyst for the radio network and he anchors the Boilermaker Business Exchange.

And he bleeds black gold when his telephone rings. The ring is the whistle from the Purdue train.

“I will stand with Purdue through thick or thin,” he said.