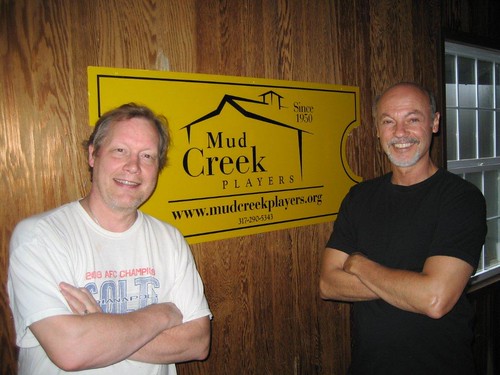 Directors Collin Moore and Ken Delp will appear in 2014-15 performances.

If the board of directors for the Mud Creek Players placed a want ad in an Indiana newspaper, it could easily rattle off a few major needs for the upcoming 2014-15 season at the Geist area community theatre.

Such as the need for as many as 60 actors to participate in four plays this season. Or the continued desire to add season ticketholders and full-time members to the facility on 86th Street.

It may not be an easy task to produce 28 sellouts, but the directors are armed with passion and four fan-favorites on their new calendar. Each play rings with familiarity.

“Every theatre struggles to find a good balance between creativity and productivity,” said Michelle Moore, an active member of the drama committee. “You want to put on shows that will challenge audiences and stretch your performers and designers. But you also have to put butts in the seats.

“You can’t always limit your repertoire to Neil Simon and Agatha Christie, but familiar plays sell well. But they do come with higher expectations. If you do a show that everyone loves and knows, as a director you feel a great deal of pressure to give them something more than they’ve previously seen.”

That is the challenge that Ann Ellerbrook faces in directing “Arsenic and Old Lace,” and Ken Delp for “It’s a Wonderful Life.” Both have been familiar theatre shows, and each is a legendary movie favorite that has been frequently telecasted. Fabled Hollywood stars Gary Grant (“Arsenic and Old Lace”) and Jimmie Stewart (“It’s a Wonderful Life”) are big screen anchors in the two performances. 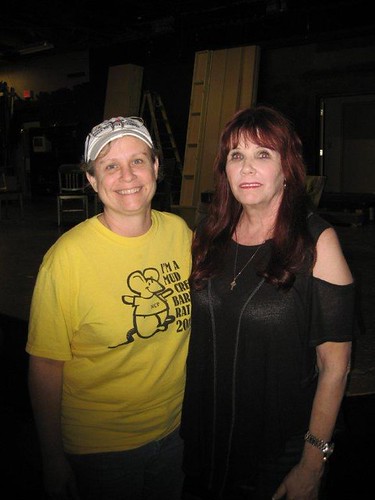 “You try not to get too far away from the original,” said Ellerbrook of the play that was scripted in the 1930s by German immigrant Joseph Kesselring and directed by Frank Capra in the 1944 movie version. “It was good in the 1940s and it is still good today. It’s a clever comedy that has stood the test of time.”

It is also a dark comedy that focuses on two spinster sisters and their three nephews. Barcia Alejos and Carla Crandall perform as Martha and Abby Brewster.

“The cast has to have chemistry in this play,” admitted Ellerbrook, who has 13 actors to corral. “It is important they are believable and they have to be on their toes with their timing. Timing is extremely important in a comedy.”

Delp will face similar challenges with “It’s a Wonderful Life.” He hopes to have more than 20 actors during upcoming open auditions. And he knows he won’t have the services of the most familiar person in the movie.

“Jimmie Stewart isn’t available, so we’re looking for a person to play that role and building a cast willing and able to put in the work needed to create a memory,” said Delp, who has acted in numerous productions at Mud Creek. “I found a script that is close to the film but with a life of its own. My ultimate goal is to make a holiday memory for the performing side as well as the people who come to see the show.”

The second half of the 2014-15 season will be carried by two heavyweights. First, there is “California Suite,” and then comes the season closer, “Southern Hospitality.” “California Suite” is one of a long line of Neil Simon plays (“The Odd Couple,” “Biloxi Blues,” “Barefoot in the Park,” et al) that have rocked Broadway, Indianapolis and Peoria, Ill.

“Southern Hospitality” is the third installment of a raucous comedy series that tells of the preoccupations of the Futrelle sisters – Frankie, Twink and Honey Raye – in Fayro, Texas. Its predecessor, “Christmas Belles,” played in front of several sellouts last season. Theatre veteran Linda Eberharter returns to the director’s chair.

Eberharter confesses she already has the cast selected.

“I could have gone differently (with “Christmas Belles”), but, truthfully, there was no way not to bring back the same people,” she said. “We have such a loyal patronage and the cast has a following. Believe me, people want to see what happens to the Futrelle sisters from Texas.

“I relish doing the play but I also can say that I’m already sad to think about leaving Fayro, Texas and these wonderful and colorful people who have been so much fun. It will be bittersweet for the cast and me.”

Already submerged into a future play for 2015-16 at Mud Creek is wily director Paul Haskin, who recently steered “Lend Me a Tenor” and “Shakespeare Goes to Hollywood” at the theatre. His undertaking of the musical “A Funny Thing That Happened on the Way to the Forum” will be a major test for Haskin and musical director Ashton Wolf. 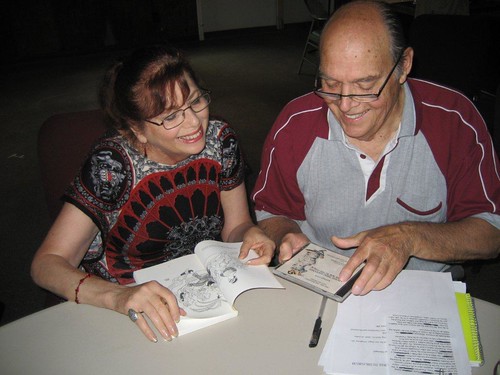 “Our biggest challenge will be putting on a big show in limited space without diminishing the scope of the play,” said Haskin of the play, written in1962, and movie produced in 1966 that starred actor Zero Mostel and the songs of Stephen Sondheim. “We will have to get the word out early to attract the talent needed and to draw a full house every night.”

Welcoming the Nallis: A Family Built on ...

Dancing with the Johnson County Stars