In the past five years, six Center Grove residents have helped lead their teams to national collegiate championships in football, basketball, golf and cheerleading. Through hard work and dedication, these individuals were able to rise to the very top of their respective sports to achieve the ultimate collegiate prize, a national championship.

AN AWESOME JOURNEY: JOEL HALE
Center Grove High School (CGHS) 2011 graduate Joel Hale won three state titles during his years in the Trojan football program. His first two t
itles came with the Junior Trojan travel football team when he was in fifth and sixth grades. His third came during his sophomore year when CGHS won the 2008 Class 5A football championship. 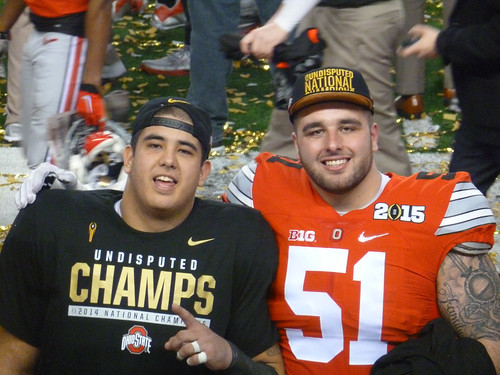 Hale received a scholarship to play football at Ohio State University. In 2014, his junior season, the Buckeyes won the national championship. “It was a great year,” Hale recalls. “It was an awesome journey. It was unbelievable. Something I will never forget.”

During his five years at Ohio State, Hale was an offensive lineman, defensive lineman and team captain his senior season. “Absolutely nothing was handed to me here at Ohio State,” Hale lamented. “Every time I look back at Center Grove High School football, I always think of Coach Eric Moore and the things he preaches at a young age. All those little things resonated with me and always stuck with me. It helped me become the person I am now. I kept that work ethic that I had in high school all the way through college, and I still have it now. It has always given me an edge, and having that edge has always helped me keep up. And that’s the main thing I learned from Center Grove football.”

Hale graduated from Ohio State in 2015 with a degree in business finance and is now pursuing a playing career in the National Football League.

SURREAL SUCCESSES: ETHAN HEDEEN AND SEAN EGENOLF
Ethan Hedeen and Sean Egenolf both played on the 2008 CGHS state championship team. Hedeen was a senior cornerback and Egenolf was a junior offensive guard. Both players received scholarships to play football at Marian University. They helped the Knights win their first NAIA football national title in 2012.

“Football taught me so much,” said Hedeen. “I’m extremely fortunate to have been a part of two winning programs, Center Grove and Marian.” 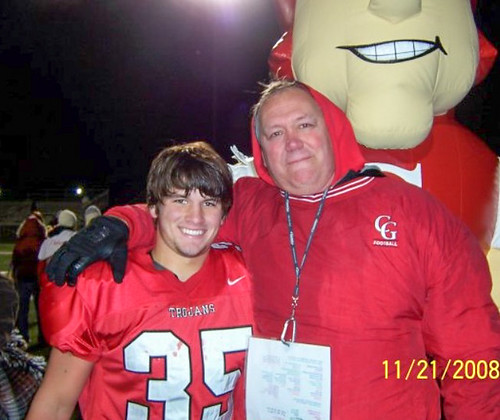 Egenolf credits the winning cultures at both Center Grove and Marian as a factor in the programs’ successes. He said winning a national title was 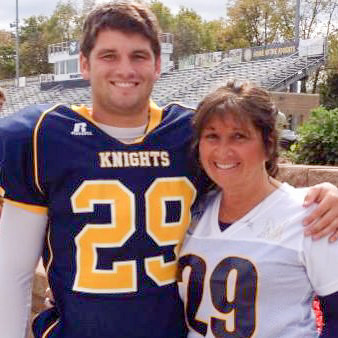 “surreal.” “We had a great coaching staff that created the beast of the NAIA. It’s a great thing for Marian as a school and the city of Indianapolis.”

OVERWHELMING EMOTION: KARI MUNN
Indiana University’s basketball success has been well-documented through the years. Kari Munn of CGHS had a courtside view during her four years at IU as one of the Hoosier cheerleaders. Munn was a CGHS cheerleader for football and basketball from 2005-2008. While at IU, she cheered for football, men’s basketball, women’s basketball and women’s volleyball. In 2012, Munn’s all-female Crimson Cheer Squad won the national championship, a first for IU cheer. 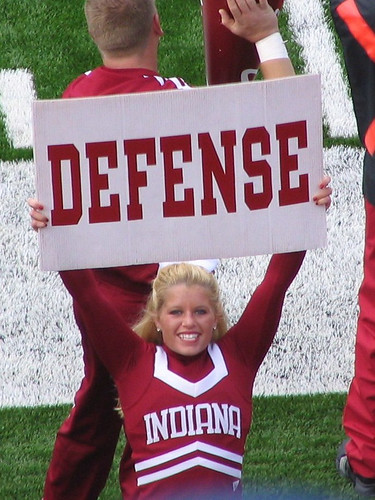 “The feeling of winning a national championship is a feeling like no other. Hearing Indiana University being named the national champions was a moment I will never forget. When we heard our name, we all felt an overwhelming flood of emotion — the hard work, dedication, determination and commitment had paid off. It was a moment to be proud of for our university, coaches, teammates and ourselves.”

Munn graduated from IU in 2012 with a degree in elementary education. She now teaches third grade and serves as the CGHS varsity cheer head coach. “Returning to my alma mater is truly a dream come true. When I started cheering my freshman year at Center Grove, I knew I wanted to come back and be a part of the program. The coaching staff, cheerleaders, parents and administration make it a pleasure to coach at Center Grove.”

UNBELIEVABLE FEELING: BRENT NICOSON
Center Grove resident Brent Nicoson is the head coach behind the University of Indianapolis (UIndy) women’s golf team, the 2015 NCAA Division II national champions. The Greyhounds are the first women’s golf team from a school outside Florida to win the DII national title. Nicoson said he had a young but very talented team in 2015. His five-player tournament team featured just one senior. 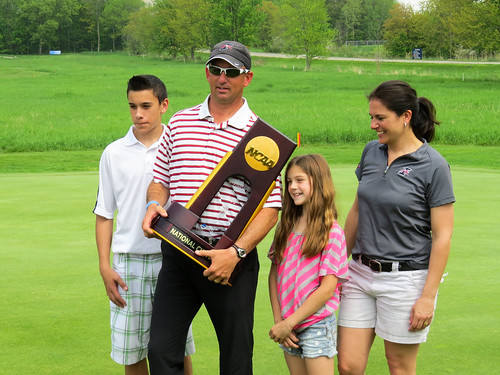 “I’m a coach that can feel nerves of the players. We had a sense of calm that whole week, and I can’t explain it. For this group to be so young and not to fall into the pressure of a national championship was amazing to me.”

Nicoson recalled the mixed emotions after his team sank its final putt of the tournament to clinch the school’s first team national championship. “The thing I can remember most are the faces on our players and their parents and the families. It was just an unbelievable feeling.”

Marlin was a four-year starter for CG’s basketball teams from 2008-2011. He earned AP all-state honors his senior season and led the Trojans to both a sectional title and a Hall of Fame Classic championship.

His junior year, he helped lead the Wildcats to a number one national ranking before being eliminated in the Elite Eight.

Marlin wanted to go out on top with a national title in his last season. “It’s your last time to go around. You are just trying to expect a lot more from your teammates in practices and games. You don’t want to go out knowing that there are things still left on the table.” 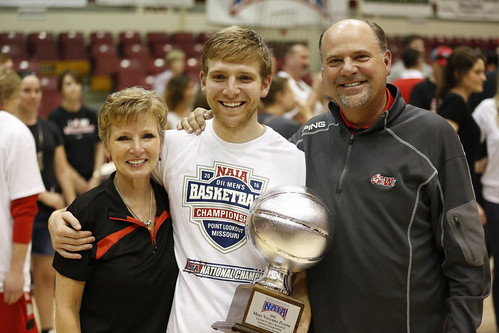 The Wildcats made it to the national championship only to face the top-ranked team in the nation and in-state rival, St. Francis. The team had beaten IWU three times during the season. This time, Marlin willed his team to victory.

“It was cool to end your college career on a win,” Marlin recalled. “Not too many people get to do that. For it to be such a close game and for it to be St. Francis, it doesn’t really work out much better. It was a pretty sweet ending.”

The ending got even sweeter when Marlin was named the Championship Most Outstanding Player. He’s currently completing his master’s in organizational leadership at IWU.