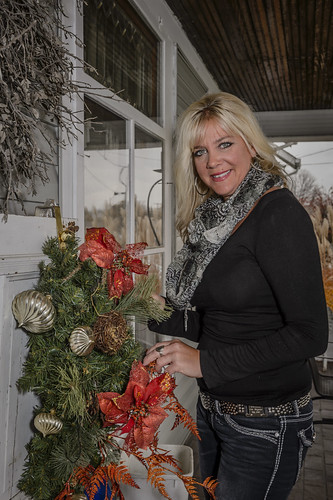 Every Christmas we unpack our decorations to once again adorn our homes for the holiday season. Some decorate hurriedly to get the job done. Some are truly inspired to transform their homes into a holiday vision. For Bargersville resident Cindy Jarvis, decorating and preparing her home for Christmas has created special traditions and memories for many. Her efforts are great and they are appreciated by so many admirers. She embraces the season and happily shares her enjoyment.

Her spectacular home is over a century old. She and her family bought it in 1997 around Christmas. They soon began the hard task of restoration. There were doubters about the monumental work that the house required, but Cindy assured them she had a vision. She did have a vision. Her vision was of Christmases in this beautiful relic of a home. Her special ornaments and decorations that had accumulated over the years now had a special home for the perfect holiday setting.

Shortly after moving into the home, Cindy and her dearly beloved mother-in-law Sandy attended a special event where Christmas traditions were shared among the attendees over coffee and refreshments. An elderly woman began to share her story and it captured Cindy’s heart. Esther Demaree shared her stories of a beautifully decorated home with special holiday traditions. She spoke of her family dressing in red or in their finest to sing carols around the piano. They would have a large tree that passersby could admire from the front window. She spoke about “Santa Boy” arriving to his appointed spot on the fireplace mantle to watch over the children for good or bad behavior. While being enchanted by Esther, Cindy began to realize that the two had a link to each other. The link was the 1912 house that she now called home. Esther’s father had built their home when Esther was 2 years old.

Cindy began to embrace some of the traditions of the house’s past that Esther had generously shared. “Santa Boy” made a return to the mantle to oversee the children of the house’s new family. The Jarvis children were thoroughly in love with “Santa Boy.” Precious memories were created from this adopted tradition. Carols were once again being sung around the family piano. Cindy was bringing the home’s original Christmas spirit back to the heart of this home.

Cindy had other traditions outside of the home that she shared with her children and her nephews. Every year they would have a special outing to see “The Polar Express” at the IMAX Theater. One year she was very disappointed that their holiday movie was not going to be showed.

The disappointment led to inspiration. She wasn’t going to miss the tradition. She was going to reinvent it. She began to plan her own showing of the movie in her home. Her family was fine with whatever she did. She wanted it to be more than just an adequate substitute.

On a shopping trip to Target while still feeling the disappointment, Cindy happened upon Santa himself in one of the aisles. Santa was the exact person to save her beloved Christmas tradition. Tearfully she approached Santa and asked, “Why are you at Target roaming around?” Christmas had arrived early for Cindy’s heart. She inquired about whether Santa was available for parties and he was. New Christmas traditions were dawning for a special home that had captured her imagination and heart. She surprised her family on “The Polar Express” evening with Santa coming to visit. 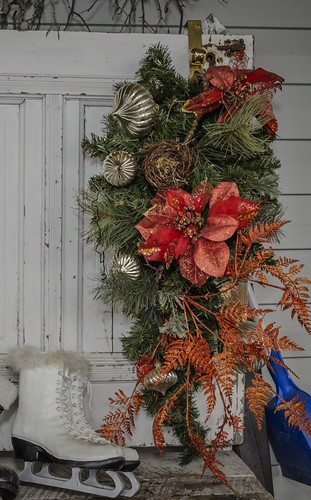 Over the years, Cindy has lovingly created traditions to celebrate the special Christmas spirit that has always dwelled in the home. Cindy has expanded to include other favorite holiday movies to share and celebrate with others. She features a different movie each week in December. She will decorate according to the theme of each movie. A leg lamp is prominently displayed from “A Christmas Story.” Of course, “The Polar Express” has its honored week where Cindy gives everyone a sleigh bell with a leather strap to help them keep believing.

Cindy’s greatest holiday joy is creating cherished memories for those that she loves. Everyone from Santa to her children have been touched by her love of Christmas and her love of a beautiful old home. She skillfully crafts the holiday as though it were a gift. People appreciate her dedication. Her goal is to bring enjoyment and leave a legacy that teaches others that making people smile is worthwhile and magical. It fills her heart to watch families taking time to capture the spirit of Christmas while visiting her Christmas home.