The Challenge: Take the Corporate Cup to the Next Level

When Jess Carrasquillo hatched the concept for the Corporate Cup Challenge in 2007, he envisioned an event where coworkers could form teams to compete against teams from other companies. He had seen similar events before, but his vision was just a little different.

He targeted businesses on the southside of Indianapolis and northern Johnson County. Participation was not limited to just the employees of the participating companies; spouses could also participate. And even though the games pitted company against company in order to win the coveted Corporate Cup, the primary focus was for everyone to have fun and want to return. 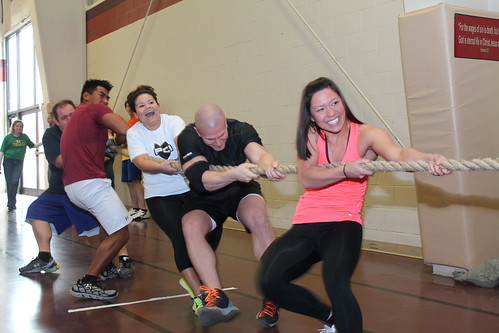 He gathered a group of volunteers that shared his vision. (I suspect his enthusiasm for the idea had a lot to do with their buy-in to his concept.) They then proceeded to create the Corporate Cup Challenge. Instead of an “event,” it’s more a “group of events.” Activities range from games such as euchre, bowling and table tennis to “sweatier” competitions like softball, soccer and dodge ball. (Ouch!)

As the volunteer leadership team prepared for the first Cup Challenge in 2009, they discovered an unexpected but desirable aspect to the endeavor. They realized that once event expenses were paid, there would be a surplus. So the leaders identified two community organizations in need of support, and the surplus funds went to those groups. Each year since, beneficiaries have changed, but surplus funds have always gone to support needy organizations.

In 2009, the initial two-day Challenge took place and was a success! “I see the Corporate Cup as a win-win-win situation,” says Jess. It is a teambuilding activity to cement the bonds between employees within a company. It is a networking opportunity for companies and individuals to build relationships that may yield new, exciting business opportunities. And it is healthy fun. During our hour-long conversation about the Corporate Cup Challenge, the word “fun” was heard so often, it was clear that the fun aspect was incredibly important.

Fast forward to the completion of the 2014 event. The event had grown each year in terms of participants, sponsorships, events and awareness in the community. But some things had changed for Jess as well. New grandchildren entered his life, and an exciting but time-consuming opportunity presented itself for Easy Street Insurance, a business he owns with his wife Sandra.

Finally, six years of organizing the ever-growing Challenge experience had taken its toll. Jess felt that it was time to look for another individual or group to champion the event going forward. He approached a number of groups, seeking someone willing to take on the event and ensure its future survival. While some indicated it was a worthy cause, no one was ready to commit to the responsibility. 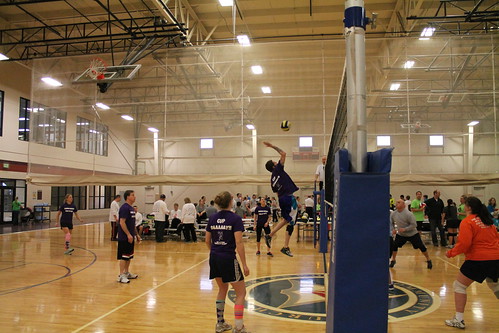 Enter Joe Sagorsky, a member of the Challenge’s leadership team from early on. He offered to leverage his relationship with the Greenwood government to see if there was any interest in making the Challenge a community affair. Joe’s efforts resulted in a meeting between himself, Jess and Rob Taggart, director of Greenwood Parks and Recreation, to discuss possibilities.

According to Taggart, the decision for Greenwood Parks and Recreation to take on the organization of the annual event was an easy one. “This type of event is right in our wheelhouse … it’s everything we do,” says Rob. “The character of the event, the way it’s set up for the private-public partnerships, the events themselves, the activities, the amenities, everything about it” is a good fit.

For the Cup, 2015 is a year of change. The event is moving under the Parks department’s umbrella with Jess advising the new leadership this year. The Challenge is growing from two to five days. According to Jess, it will be “the biggest five-day corporate sporting event on the southside.” The event is also moving from May to Sept., which Taggart indicates will likely be a permanent move. What hasn’t changed is the event will still benefit the community, and it will still be fun!

If your company wants to participate in this year’s Challenge, there is still time to register. Registrations are being accepted between July 15 and Aug. 24 with the events scheduled for Sept. 8-12.

Jess feels it is worth it. “Where else can your company have a retreat for as little as $25 per person?” he asks, so check it out. More information can be found at CorporateCupChallenge.com. And remember, it’s mostly about having fun!