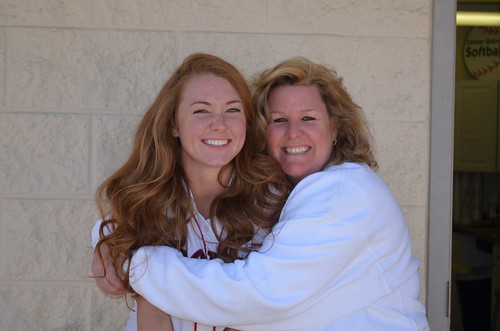 Center Grove High School softball is a story of success and pride. Head Coach Russell Milligan effectively builds a team with strong talent and has built a program with time-tested traditions. He has established high standards and expectations of the women on the team. Stressing strong work ethics and plenty of hustle, Coach Milligan has developed a winning program that combines pride, tradition and unity.

While the women on the team have been playing their sport for many years, most had not played together before donning the CGHS uniform. Their playing days before joining the high school team were with recreational, yet intensely competitive, travel teams. Their familiarity with each other is often from being on opposing teams.

How do you bring former competitors together to become a cohesive winning team? The answer is in the traditions and team pride, which pass to incoming teammates every year and help to unify the team. The creation of the winning mentality is also a key. Milligan states, “Upholding the high standards and expectations of Center Grove softball is a nonstop job. We worry about the little things – appearance, hustle, discipline, pride and work ethic.”

Even the parents are a part of the continuing traditions that create memorable seasons. Anna Pratt, who is the senior parent of pitcher Abbey, shared some of the team traditions. Before the start of the season, the girls come together to tie-dye team shirts that become a symbol of their team unity.

The senior parents also have a tradition of decorating the “Senior Square,” which is located at the CG softball diamond. Another unifying tradition is the team parents scheduling team dinners each week at different team homes. The dinners’ intent is to give the team some time to unwind, build community and decompress.

Angie Baker knows a substantial amount about CG tradition having followed her parents as a CGHS alumnus, making her daughter Mallory, starting catcher, a third generation Trojan. Baker has a strong sense of the traditions with deep respect for Coach Milligan’s program. 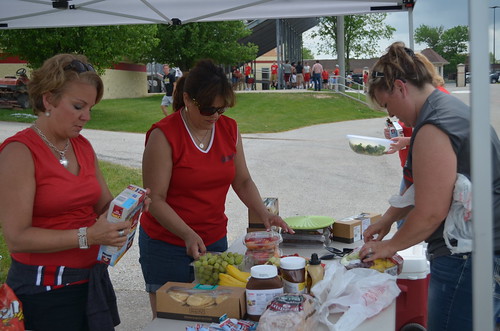 Baker shares, “I feel like the seniors have a strong responsibility to pass the traditions down to the younger players. Sometimes, all of the traditions, (forming their circle before games, joining hands and even spitting in the dirt!) may not make sense for the freshmen.” She further explains that by the time they are seniors, they have bought into the traditions and enthusiastically continue them. The traditions and pride add to the chemistry and team bonding.

CGHS softball has a unique factor in that they have a set of longstanding groupies. For decades, the stands have held a trio of fans that come to cheer the team rain or shine. Tom Traut, Jerry Koster and Dave Gough have more than fervor for the team. This trio has an unmatched commitment to support the softball team.

They anxiously await each year for the game schedule. Schedules in hand, each of the trio confidently strides into their workplace and integrates game and work schedules to ensure their attendance for all of the games. Not only do they add to the strong cheering section, they are a cherished part of the tradition and pride of CG softball.