We Bought a Church! 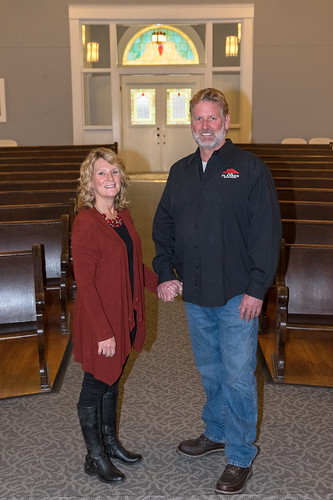 If Matt Damon’s film family can buy a zoo in a movie, then it’s believable Dan and Patti Planker can purchase a church in real life. Their recent purchase of the historic First Christian Church in Morgantown makes more sense than a zoo but has made their lives chaotic since October 2014. In less than three months, they renovated the 1871 chapel into a wedding and reception venue.

Balancing Patti’s career as an oncology nurse as well as keeping up with Dan’s business, DW Planker Home Services & Design, made it both easy and difficult. “We would leave our jobs, drive 40 minutes to Morgantown and then work another hour or so,” said Patti.

Until two years ago, the Plankers had been lifelong Center Grove residents. However, they didn’t meet at school. Ironically, they met at a church — to be specific during a progressive dinner at Mount Pleasant Christian Church.

This area’s increased traffic and congestion prompted them to look for a country home. They now live in Morgantown on 25 acres with an eight-acre lake. “I went from a five minute drive to a 40 minute one,” said Patti, describing her commute to Community Hospital South.

Their son Matthew, who serves as DW Planker’s Operation Manager, initially had a difficult time with their plan to move away from Center Grove. His response to selling their home: “You can’t do that!” Patti laughs when stating their four children, Tricia (33), Matthew (31), Jessica (24) and Rebecca (21), eventually adjusted to the idea. Even if Patti and Dan’s six grandchildren don’t appreciate the extra time strapped in carseats, they love the lake. 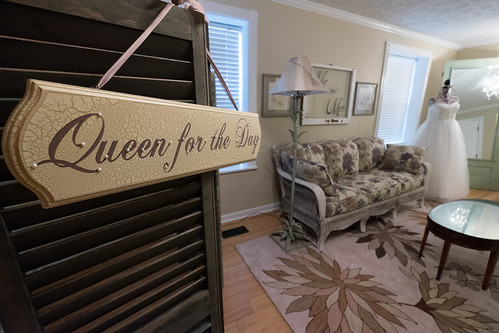 A Labor of Love
Last year when Patti first noticed the property’s For Sale sign at 140 E. Washington St., she thought, “That chapel would make a great wedding venue.” She mentioned it to her busy husband. “I told Dan that would be an awesome event venue. His reply was a lukewarm, ‘Yeah, yeah.’”

A few weeks later on their Sunday morning drive to Fair Haven Christian Church, she again pointed it out to Dan. Sitting in their Sunday school class, Patti said, “I’ve been thinking about that church.” Dan’s reply confirmed their mutual interest: “I’m so glad you said something because so have I.”

The next week, they made an offer and soon owned a building that once housed a church family. Their after-the-fact reaction exclaimed, “Oh my gosh! What have we done?” The 10,000 square foot building was now theirs. “Then Dan put on his contractor hat, and we started moving walls.”

Literally, they removed walls. “The biggest challenge was taking out the Sunday school classrooms and then installing the wooden beams to hold the roof system up,” said Dan. DW Planker’s remodeling team tore out the debris that filled five 40-yard dumpsters. Amazingly, it only took a week.

Next steps in October involved putting up drywall to cover areas that had wood paneling and to fill gaps left from removing radiators used for boiler heat. Dan plugged the holes with poplar trim all the way down the side of the new beams supporting the ceiling. During this time, carpet was removed and glue was stripped from the hardwood floors. Patti smiles when she says it should always be a crime to cover hardwood with carpet.

Also in October, the Plankers began removing red cushions from the chapel’s 30 pews. To do that, Patti and her daughters pulled 2,000 staples from each pew. Next was refinishing the curved mahogany wood, a task not completed until December. 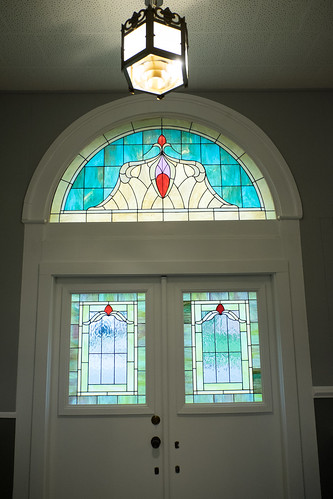 Chapel at Morgantown
Midway through the renovation, ceilings were painted and chandeliers hung. New trim sported white paint contrasting with the light smoke gray walls. A replica of the stained glass moon that originally hung in the church was commissioned and placed over the entry in December. By the end of the year, the renovation was finished.

Dan and Patti took a well-earned, two-month vacation, staying in south Florida January and February. From there, they placed orders for furniture and coordinated deliveries to their new venue with local help from Rebecca, their youngest daughter.

“We’re creating the wheel as we go, but we’re modeling after other places we’ve visited like Righteous Oaks in Wilkinson, Indiana, and Sanctuary at Penn in downtown Indianapolis.” While they were in Florida, Piper’s Restaurant and Catering Owner, chef Will Osgood, toured the facility and provided consultation for their reception facility.

Located adjacent to the chapel is the reception hall with a full bar that will seat 175 using round tables and 190 with rectangular ones. Off the reception area is a “man cave” for groomsmen use where the men can dress and relax before the wedding. Foosball and card games provide diversion. The bridal parlor located behind the church in what was once part of the parsonage features a fireplace, mirrors and a huge vanity in the bathroom.

The chapel features a descending floor with a stage at its end. Stained glass windows adorn the sides. Members of the First Christian Church who donated money for each window are commemorated with a plaque under each piece of art. Patti noted that after the wedding ceremony, guests walk to the reception hall without waiting for set up. A wedding has been booked for September, and they anticipate 12 bookings per year once the venue is established. For booking information, call 812-597-0045 or visit their Facebook page or website, chapelatmorgantown.com.

“My goal is to use this as retirement work someday, to not work so much. Right now our life is kind of spinning,” said Dan. Patti wants the chapel to minister to wedding parties and their guests. “I hope this experience makes their ‘happily ever after’ come true.”

Even though the Plankers have renovated other properties in the past, their friends still act surprised when told of their purchase. “What? Who buys a church?” As Patti said, “Church has always been a part of our lives together.” 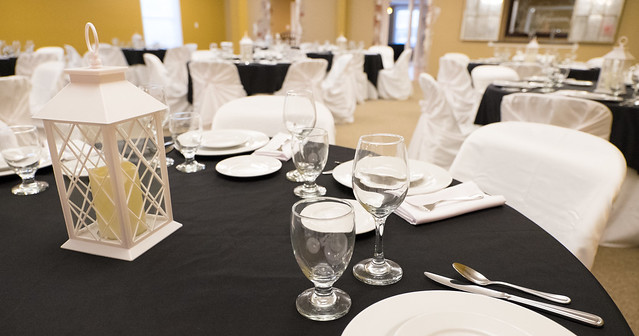