NHS teacher Don Wettrick viewed Daniel Pink’s TED Talk on the science of motivation, inspiring him to create the Innovation class at NHS. Pink has written several books with “Drive” being on the National Bestseller list for over three years. With the support of the administration, this course has become popular not only in Noblesville High School, but the demand to create similar programs takes Wettrick across the country and internationally to consult other school districts.

NHS runs a block schedule, so enrolled students in the Innovations class have 1.5 hours of experiential learning every other day. And unlike most other course offerings, a student may enroll in the Innovation course more than one year.

“The first seven to eight weeks of the course, the students are learning how to harness creativity and push towards innovation,” shares Wettrick. “The students are creating new solutions to problems that have not been identified yet, which defines ‘innovation.’”

As part of the course, the students receive social media training, which is very transparent. The students blog every two weeks and set up profiles on LinkedIn and Twitter. “We create a foundation for the students of how to think, how to blog and how to use social media and YouTube correctly,” says Wettrick. 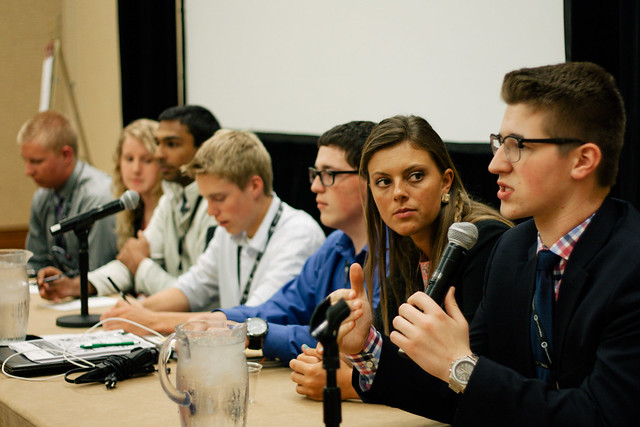 Once the students get a sense of what they want to start working on, they are off to the races. Don becomes a team leader and is more of a mentor instead of the teacher.

The students also grade themselves. As part of the goal setting initiative, students create the steps and milestones necessary to get them to their end goal. Breaking the process down into the two week increments gives the students accountability for the baby steps needed to build the road map that takes them to their goal. At the end of the two weeks, they reflect on their written plan and assess their own efforts for their promised actions.

“We know that if given a full semester to work on a project, no one is going to work on it right away,” says Wettrick. “But by breaking it down into two week segments, identifying the steps they want to work on, it makes a large project manageable.”

The projects and goals vary across the board. Last year, there were four provisional patent submissions from NHS Innovation students. Some kids want to build apps, some are social entrepreneurs and many LLCs are filed on behalf of the ideas of these students. At NHS, Wettrick teaches three Innovations classes with 20 students in each class. Former students frequently return to mentor current students.

Jared Costa, 18, a NHS former student of Wettrick’s who volunteers to help out in the class, says, “Innovation was by far was my favorite course I’ve taken. I’m a huge advocate for it. Innovation promotes hands-on learning, highlights success and inspires passion.”

Currently Costa is seeking funding for his company. He’s working on a transparent solar panel that could be placed on a window for a home or car or even a cell phone, converting the sun’s rays into power. Costa has a provisional patent. His solar panel tests right now at 75 percent the efficiency of a commercial grade solar panel. With additional work and research, he expects to reach 100 percent efficiency within seven years.

“I’m an idea guy, and through this [Innovation] class, I was able to fine tune my solar panel idea,” says Costa. “And most importantly, I was able to focus more time on it and had access to resources to make this possible.”

Wettrick encourages his students to be as selfish as possible with focusing on their ideas. This simply means that he asks what his students are passionate about and what they believe in.

The students are learning from experts too. Wettrick reached out to Quest Nutrition, the second fastest growing company in the country. Quest Nutrition Founder and CEO Tom Bilyeu spoke via Skype to the Innovation students. Bilyeu said, “This is changing education” and invited Wettrick to fly out to Los Angeles to discuss the course. 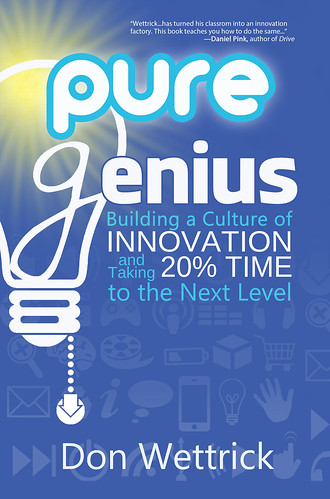 “We are on the right track anytime we can engage the next generation in real activities supporting entrepreneurship and innovation!” says Launch Fishers Founder and Entrepreneur John Wechsler.

Recently, an investor from Chicago came in to speak with the class and listen to what the students are doing. Wettrick said, “He confessed that he didn’t believe what I told him was happening here until he saw it for himself.”

The Innovations class is in year five of its existence.

In addition to his teaching job and his family, Wettrick and a partner started an educational foundation, Open Source Learning Foundation, based in Monterey, California. He also wrote a book, “Pure Genius: Creating a Culture of Innovation.”

State of the City Speech by Mayor ...

Kate in the Middle: Giving Thanks